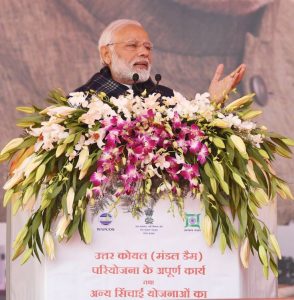 These projects are cumulatively worth over 3500 crore rupees.

Addressing the gathering PM Modi said that these projects are a key part of the Government’s effort to raise farmers’ incomes, by lowering the cost of irrigation. He pointed out that the North Koel (Mandal Dam) project has remained incomplete for nearly 47 years. He said this amounts to criminal negligence towards the farmers of this area. He said 99 big irrigation projects, which have been stalled for decades, are now being fast-tracked, at a cost of almost 90,000 crore rupees. He said that the Union Government is working firmly with the vision of treating farmers as “Annadaata.” Modi said that the Government is working with a new vision for agriculture and farmers, by trying to fundamentally solve problems associated with agriculture.

Modi also witnessed the e-Grih Pravesh of 25,000 beneficiaries under Pradhan Mantri Awaas Yojana. He said that the Yojana aims at providing housing for all by 2022. He explained at length, how this scheme is different from other similar schemes launched in the past. He said now the selection of beneficiaries is done in a more transparent manner. He said this is followed by online registration, and verification of the bank account of the beneficiary, to enable direct benefit transfer. 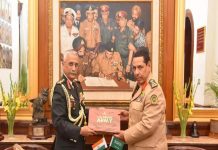 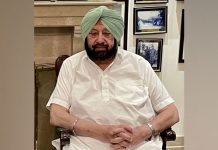