Addressing a public meeting here Modi said, “Never before has projects worth Rs 1,000 crore been launched at once in the past in Daman,”… “Daman has now been connected to Diu with air services and therefore people from south India and other parts of the world who want to visit the UT and local destination will increase.”

Praising the UT on emerging out top in cleanliness drive, Modi in his speech said, “I urge the people of Daman to continue giving topmost importance to cleanliness. The opportunities in tourism increase when there is cleanliness.”

According to reports, Modi, emphasising on the welfare of the fishermen community said, “The government is taking several steps for the welfare of fishermen. We are working on the ‘blue revolution’, where fishermen will be provided with long boats with which they can venture in deep sea and can get a bigger catch of fish.” 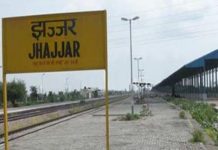