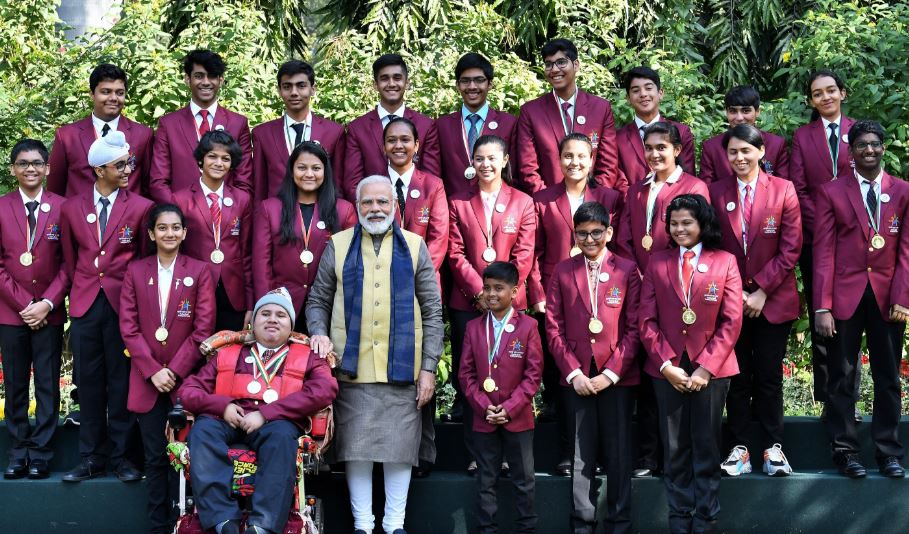 Admiring the outstanding achievements of the children in different fields, the Prime Minister termed the work done by them at such a young age as amazing. He said, “I am proud to see the way in which you are fulfilling your duties towards society and the nation. It gives me that extra energy and the push to work harder when I hear the stories of bravery and achievements of our young comrades”

PM Modi asked the awardee children to work harder while being strongly rooted to the ground realities. “This recognition should be a beginning to achieve more and you should realise this is not an end in itself. And such awards will inspire your peers and other children to become achievers,” he said.

The 49 awardees are from various states of India including one each from Jammu and Kashmir, Manipur and Arunachal Pradesh. The children are winners in the fields of art and culture, Innovation, Scholastic, Social Service, Sports and Bravery.

The awards were conferred by the President Kovind on January 22. The awardees will also participate in the Republic Day Parade.