Prime Minister Narendra Modi on Saturday send his condolences to the families of people who were killed after a bus burst into flames as it collided with a truck in Kannauj, Uttar Pradesh.

“It is very sad to know about the horrific road accident in Uttar Pradesh’s Kannauj. Numerous people have lost their lives in the accident. I express my condolences to the bereaved families and wish speedy recovery to the injured people,” PM Modi tweeted.

At least 20 people were killed in a massive fire that broke out on Friday night following a collision between a private sleeper bus and a truck near Chiloi village.

According to police, there were around 45 passengers in the bus at the time of incident.

The bus was on its way to Jaipur from Farrukhabad, reports said.

Uttar Pradesh chief minister Yogi Adityanath also expressed his condolence and announced Rs 2 lakh as compensation to the next of kin of those who lost their lives and Rs 50,000 to injured. 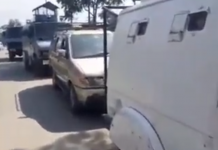 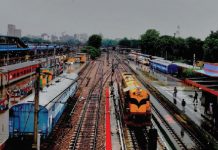