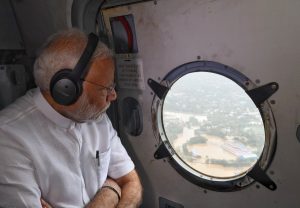 Prime Minister Narendra Modi on Saturday Morning took an aerial survey of flood-affected areas of Kerala. The survey was delayed due to bad weather.

Before the Survey PM Modi had announced an immediate flood relief of Rs.500 crore for the state in a meeting held with Kerala Chief Minister Pinarayi Vijayan and Union Minister KJ Alphons. This amount is in addition to the Rs. 100 crore announced by Home Minister Rajnath Singh on August 12. In the meeting, CM Pinarayi informed PM Modi that the State has suffered a loss of ₹19,512 crore as per initial assessment.

PM Modi also announced Rs. 2 lakh per person to the next kin of those killed due to floods and landslides and Rs.50,000 to those seriously injured, from Prime Minister’s National Relief Funds.

Chief Minister’s Office of Kerala had issued a statement ahead of Modi’s arrival that, Kerala had faced worst flood in last 100 years, it had forced management to open 80 dams to remove excess water, many people had lost their lives and more than two lakh people were shifted to relief camps.

Kerala is witnessing torrential rains since past many days, causing flood and landslides across the state. 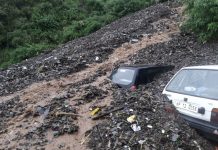 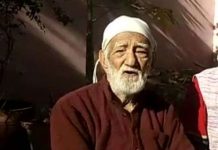