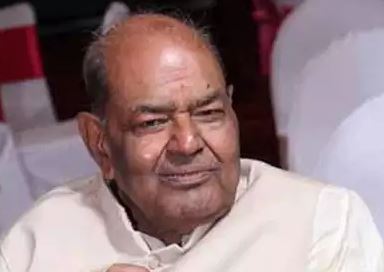 “Shri Mange Ram Garg Ji had a deep connect with Delhi and that was seen in the manner in which he selflessly served the people of the city. He played a pivotal role in strengthening BJP in Delhi. His demise is saddening. My thoughts are with his family and supporters. Om Shanti,” Modi tweeted.

“Leaders like Shri Mange Ram Garg Ji are assets for any party. They work selflessly at the grassroots and touch the lives of several people through various community service initiatives. The good work Garg Ji did would continue to be remembered for years,” Modi added.

The former Delhi BJP president passed away on Sunday morning at Delhi hospital due to age-related ailments.

BJP leaders and workers gathered at the Delhi BJP office to pay their condolences.