Prime Minister Narendra Modi on Sunday addressed the nation in his 51st edition of the radio programme “Mann ki Baat”.

Highlighting his government’s achievement in the year 2018, PM Modi said, “You must have wondered how to keep 2018 etched in your memory! It is important to bear in mind how India as a country, as a collective entity powered by the might of a hundred & thirty crore people remembers the year 2018; something that swells our hearts with pride. The year 2018 saw the launching of the world’s biggest health insurance scheme ‘Ayushman Bharat’. Electricity reached each & every village of the country this year. Noted world institutions have accepted that the country has taken strides in the area of poverty alleviation at a record pace. On account of the unwavering resolve of our countrymen, swachchata, sanitation coverage is rapidly advancing towards crossing the 95% mark.”

Talking further about the achievements in the year 2018 by India and Indians, PM Modi said, “After Independence, for the first time ever, the tricolor was hoisted at Red Fort on the 75th anniversary of the formation of the Azad Hind Government. In honour of SardarVallabhbhai Patel who bonded the entire country around a common thread of unity, India witnessed the coming up of the tallest statue in the world, ‘Statue of Unity’. The country secured a place of pride & glory in the entire world. The highest United Nations Environment Award ‘Champions of the Earth’ was conferred upon India. The world duly took notice of India’s efforts in the areas of Solar Energy & Climate Change. The first General Assembly of the International Solar Alliance was held in India. It is due to our collective efforts that our country has seen unprecedented improvement in the ‘Ease of doing business’ rankings. The country’s self defence mechanism got further reinforced. It was during this very year that our country has successfully accomplished the Nuclear Triad, which means we are now armed with nuclear capabilities-in water, on land and in the sky as well. Daughters of the country have done her proud by circumnavigating the globe through the NavikaSagarParikrama. India’s first inland waterway was launched in Varanasi. This has laid the foundation of a new revolution in the waterways sector. The longest rail-road bridge, Bogibeel Bridge was dedicated to the Nation- Sikkim’s first & India’s hundredth airport, Pakyong commenced operations. India scripted a thumping win in the under- 19 Cricket World Cup and the Blind Cricket World Cup. This time, India clinched a large number of medals in the Asian Games. India also performed very well in the Para Asian Games too.”

PM Modi also talked about the Doctors rendering community social service in Uttar Pradesh, he said, “recently, I was told by some of our party workers that a few young doctors in Bijnor, Uttar Pradesh, set up camps offering free treatment for the underprivileged. Every month, the Heart Lungs Critical Centre there organizes such camps, where free diagnosis and treatment for a host of ailments is done. Every month, hundreds of poor patients are benefitting from these camps.”

Referring to the essence of Unity in Diversity and the spirit of One India Great India, PM said, “We can witness how closely our festivals are interlinked with nature. In Indian culture society and nature are indistinguishable, in our culture the person and his environment are considered in totality. A great example of the interconnection between us and Nature is the calendar based on our festivals. Our festivals, impart to us many social values. On the one hand, where they have mythological significance, on the other, every festival quite easily in itself teaches the important lesson of life – the value of staying together, imbued with a feeling of brotherhood. I wish all of you a great year 2019 and do hope that you all to enjoy the oncoming festive season,” PM added.

PM Modi talked about the forthcoming “Kumbh Mela” in Prayag Raj and its global importance with participation from more than 150 countries.

Addressing the last episode of ‘Mann ki Baat’ of the year 2018, PM Modi said, “I sincerely hope that India’s journey on the path of advancement & progress continues through 2019 too, taking her to newer heights with her inner strengths.” 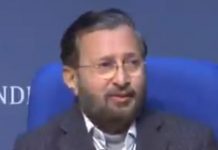