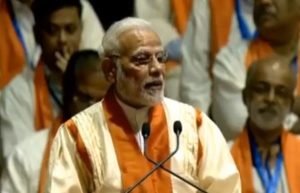 Addressing the students, PM Modi said, “The nation is proud of the IITs, and what IIT graduates have achieved. The success of the IITs led to the creation of several engineering colleges around the country. They were inspired by the IITs, and this led to India becoming one of the world’s largest pools of technical manpower. The IITs have built Brand India globally. And they did it over the years. IIT graduates went to America and excelled there: first as students in Universities and then as technology experts, entrepreneurs, executives and in academics. It was a large number of IIT students who built the IT sector in India, brick by brick..or I should say, click by click. Earlier Indians with the IT sector were considered hard working and intelligent – but mainly in other nations, mainly in the US. Now India has become the destination for IT development.”

PM Modi said, “Today, IIT graduates are at the forefront of some of the best start-ups in India. These are start-ups that are also at the forefront of solving so many national problems. To those working in the start-up movement or are planning to start one after College, please do remember that the biggest corporations of today were start-ups of yesterday. They were the result of idealism combined with hard work and diligence. Keep at it, do not give up, and you will succeed.”

Talking about innovation, Modi said, “Innovation is the buzzword of the 21st century. Any society that does not innovate will stagnate. India is emerging as a hub for start-ups shows that the thrust for innovation is very much there. We must build on this further and make India the most attractive destination for innovation and enterprise. And, this will not happen through Government efforts alone. It will happen through youngsters like you. The best ideas do not come in Government buildings or in fancy offices. They come in campuses like yours, in the minds of youngsters like you.”

Appealing to students of IIT and youngster of India, PM Said, “Innovate in India, Innovate for humanity.” 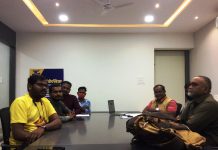