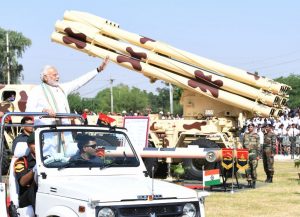 Prime Minister Narendra Modi reached Jodhpur on September 28 and attended the Combined Commanders’ Conference at the Jodhpur Air Force Station and opened an Army exhibition ‘Parakarm Parv’ at Jodhpur Military Station, marking the second anniversary of the surgical strike when the Indian Army went across the Line of Control and destroyed terrorist launch pads of Pakistan.

The Combined Commanders’ conference was also attended by Defence Minister Nirmala Sitharaman, National Security Advisor Ajit Doval and the three services chiefs, in addition to several key military and civil officials of the Ministry of Defence.

PM Modi also visited the Konark War Memorial where he laid a wreath and signed the visitors’ book. 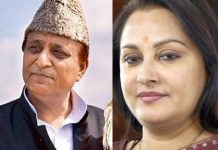