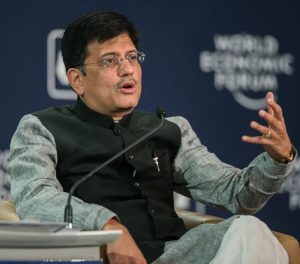 The Union Commerce & Industry and Railways Minister Piyush Goyal has invited American businesses to be a part of Prime Minister’s vision, and look at India as their next investment destination. Addressing the India Chamber of Commerce USA’s Summit on Global Financial & Investment Leadership on Wednesday virtually, he said that the Indian Government is committed to being bold, open, and change. “Let’s work together in the spirit of oneness. Let’s engage with each other & I am sure we have a bright future for the shared prosperity of the people of the US & India.”

Stating that the US-India relationship will grow from strength to strength in the years to come, Goyal said that we are at the cusp of a very enduring relationship. He said that the US & India have a long journey ahead of us working together leveraging on huge reform measures that Prime Minister Narendra Modi has taken under Aatmanirbhar Bharat. He said that the potential between the US & India is boundless. “We are partners who trust each other & we can make rapid strides to provide a trusted source to American businesses to work with a country which is transparent where there is rule-based trading & dialogue. The bilateral trade between US & India grew from $126 billion dollars in 2017 to $145 billion dollars in 2019. The target we have set of $500 billion dollars in the next 5 years is eminently doable.”

The Minister said that India today is moving out of the past into a mindset of high-quality products, greater global engagement, and greater share of world trade. He said that this isn’t time for a conservative approach, it’s time for bold decisions & bold investments. Goyal said that the Modi Government has a very holistic approach. “We are moving from red-tape to red-carpet. We are moving out of the shackles of the past into a more open & liberal foreign investment destination. As the Prime Minister has said, “We have to take the Indian economy out of command & control & take it towards plug & play.”

Describing the reforms being undertaken in the country, Goyal said “India is undertaking efforts to reform the Indian systems of Governance, policies & laws around mining, space technology, defence, banking, financial sectors, labor & agriculture reforms. We have embarked on a new journey which will take India to levels never seen before. We are looking at logistics reform to bring down the cost of logistics. We are doing several tax reforms. We have insolvency laws in place. India’s corporate tax is amongst the lowest in the world. My own Ministry is working at ‘plug & play’ & cluster development. We are looking at a genuine single-window system which makes it easy for companies & businesses to work in India. We are focusing on improved infrastructure. We promise faster registration, easier availability of infrastructure.”

Goyal, mentioning about the close relationship between the two countries, said that India & the US have come to each other’s help at every possible juncture in the last two decades, be it India’s membership into Nuclear Suppliers Groups or in the UN Security Council or be it America’s requirement for necessary medicines at the peak of COVID pandemic. He said that a great reflection of India-US relation is the bilateral discussion that US Secretary of state M.Pompeo & Indian Foreign Minister Dr S Jaishankar had in Tokyo on the sidelines of the QUAD & the fact that 3rd India-US 2+2 dialogue is expected to take place later this month on 26th & 27th October. 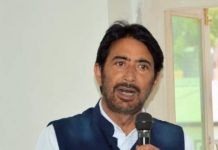 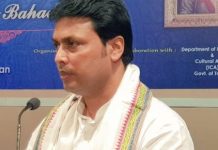