Plastic, leather, electric, glow-in-the-dark. Are sex toys bringing zip to the Indian bedroom, asks Aastha Atray Banan
ISN’T SEX a natural desire?” Pinku of Sai Electronics, a roadside stall in a busy lane near Flora Fountain in Mumbai, asks nonchalantly. It’s a great sales pitch for the hoard of vibrators, dildos and sex creams he sells openly alongside cheap radios and pirated movies. “What kind do you want? German? Remotecontrolled? Finger vibrators? Latex? Speak freely. Nobody feels shy anymore. Young girls, boys, aunties, uncles, middle-aged couples — all come and ask for this stuff freely. Then what’s the sharam for?” he smiles as he gets back to professional haggling.

Namita Gupta, a 24-year-old singleton from Delhi, often buys her fix from a chemist next to her house. “Durex has come out with these finger vibrators, which are too much fun. They also sell cock rings, which your man can wear and double the pleasure.” she says.
Bhavik Shah, a writer from Mumbai, agrees, “My girlfriend and I have tried glowin- the-dark condoms, which themselves make the act so much fun. She also wears this shiny outfit that has a whip attached as a tail. What fun!”
The dildo — dismissed as a “masturbatory machine for sexually dysfunctional females” in The Journal of Popular Culture in 1974 — could be a sign of the slow, silent but rapid sexual revolution taking place in our metros. Indians are edging towards sexual maturity, their growth halted by an anachronistic government. As Elton John once said, “People should be free to engage in any sexual practices they choose; they should draw the line at goats though.”
aastha@tehelka.com 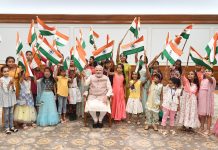 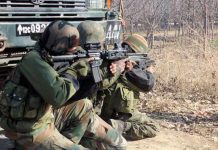