The Allahabad High Court has rejected the bail pleas of 34 former constables of the Provincial Armed Constabulary (PAC) who were convicted of killing 10 Sikh youth who were returning after offering prayers at a pilgrimage site in the area in 1991. A report by Mudit Mathur

The Lucknow bench of Allahabad High Court has rejected the bail pleas of 34 former constables of the Provincial Armed Constabulary (PAC) who were convicted of killing ten youth Sikh pilgrims in a fake encounter in 1991 when they were returning after offering prayers at their holy pilgrimage site in the area. They were pulled down from a bus by police and later they were shot dead in fake encounters at three different spots in the dense forest areas.

A bench of Justice Ramesh Sinha and Justice Brij Raj Singh passed the order while deciding the bail pleas moved by the appellants individually, along with their appeals preferred against their conviction and sentence awarded by a special CBI court at Lucknow in 2016.The court fixed July 25 as the next date for hearing.

Initially, the investigation was conducted by local Pilibhit police, and a closure report was filed to hush up the matter but rejecting the closure report, the Supreme Court had entrusted the investigation to CBI. The orders were passed on a writ petition filed by eminent Supreme Court lawyer R.S. Sodhi, who demanded the re-investigation of the alleged encounter of 11 suspected terrorists. Thus, the probe was entrusted to Central Bureau of Investigation (C.B.I.). The CBI booked 57 accused, but 10 of them died pending trial. All the 47 convicts moved the high court against the judgment of a special CBI judge of which 12 got released on bail.

“The instant case is serious of nature and cannot be treated like an ordinary case. The convicts/appellants, who are policemen, are supposed to uphold the law, but the allegation against them is that they functioned as contract killers,” the bench remarked.

“More so, if some of the deceased were involved in anti-social activities and criminal cases were registered against them, then too procedure established by law should have been adhered to, to bring them to task instead of indulging in such barbaric and inhuman killing of the innocent persons,” the court observed.

According to CBI, the bus was on its way to Pilibhit on July 12, when a police team stopped it at Kachlapul ghat. Eleven Sikh men were allegedly dragged out of the vehicle. The other passengers, including women and children, were taken to a gurdwara in Pilibhit while the men were made to sit in another vehicle. Late in the evening, additional force joined the police team and they divided the Sikh men in three groups.

On the intervening night of July 12 and 13, the policemen in cold blood gunned down the Sikh youths in three fake encounters in the thickets falling under three different police station areas — Bilsanda, Niuria and Pooranpur— in Pilibhit. The police then claimed that these men had criminal cases against them and claimed to have recovered arms and ammunition from their possession. The CBI probe found that the police got the autopsy done on 10 of the bodies and got them cremated the same day. One body could not be found. 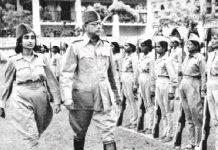 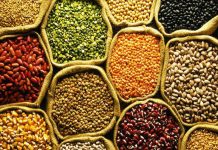