As the new year has arrived, Tehelka photo desk compiles key developments that happened last year in the world of politics, business, cinema, sports and others. Politics remained at the top of this list as there were elections both at the state and federal levels. Some of the most talked about subjects were Pulwama, Wing Commander Abhinandan Varthaman, withdrawal of Article 370 in Kashmir, Chandrayaan, Citizenship Amendment Act, women safety. Most of them were strong enough to bring public out on the streets in protest.

The year 2019 was the year of women empowerment in almost every sphere of life. While women in sports brought home accolades and medals showing us than an uneven playing field did not deter them from doing their best for their country, women in science made interesting discoveries while those in the armed forces showcased many firsts. Indian politics, meanwhile, saw 78 women MPs last year, the largest ever, a sign that they are breaking the mould and not afraid of entering a murky world.

The year 2019 was a mixed bag for India’s ecommerce industry, beginning with new government regulations that aimed to streamline the sector. It also had to weather a slowdown, but the direction remained strong as ecommerce made inroads into the hinterlands of the country. The new FDI rules introduced by the government for online marketplaces were almost a reversal of the earlier policy where they were not allowed to enter exclusive deals for selling of products. More importantly, online marketplaces could not source more than 25 percent of their supplies from a single vendor. The policy also ushered in new steps to curb deep discounting.

In cyberspace, Prime Minister Modi was the most searched personality online in India for the second year in a row in 2019, according to study by Yahoo India. Celebrities such as cricketer MS Dhoni and actor Priyanka Chopra Jonas joined PM Modi on the list. 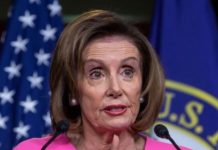