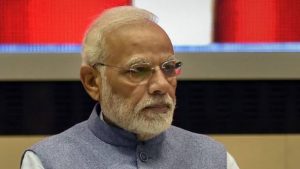 Prime Minister Narendra Modi on Wednesday condemned the Maoists attack in Maharashtra’s Gadchiroli that left 15 security personnel and a driver dead. He asserted that the perpetrators will not be spared.

“Strongly condemn the despicable attack on our security personnel in Gadchiroli, Maharashtra. I salute all the brave personnel. Their sacrifices will never be forgotten. My thoughts & solidarity are with the bereaved families. The perpetrators of such violence will not be spared,” PM Modi tweeted.

Home minister Rajnath Singh said the attack on Maharashtra Police personnel in Gadchiroli was an act of cowardice and desperation.

Rajnath said that he spoke to Maharashtra Chief Minister Devendra Fadnavis regarding the tragic incident. “We are providing all assistance needed by the state government. MHA is in constant touch with the state administration,” he said.

“We are extremely proud of the valour of our police personnel. Their supreme sacrifice while serving the nation will not go in vain. My deepest condolences to their families,” Rajnath added.

Maharashtra CM Fadnavis took to his twitter account and said, “Anguished to know that our 16 police personnel from Gadchiroli C-60 force got martyred in a cowardly attack by naxals today. My thoughts and prayers are with the martyrs’ families. I’m in touch with DGP and Gadchiroli SP.”