Analysts suspect the targets in Kashmir could be ‘tip of the iceberg’, writes RIYAZ WANI

If there is any place in India where surveillance is believed to be a normal part of governance, it is Kashmir. But while hacking or tapping phones in the former state is considered an accepted fact of life, its details had not been in the public domain, Pegasus Spyware case has partially lifted the veil on this sordid affair..

It has now turned out that the Pegasus was used to target separatist leaders like Syed Ali Shah Geelani, Mirwaiz Umar Farooq and Bilal Gani Lone. Former J&K Chief Minister  Mehbooba Mufti was also the target.

Others whose phones were hacked are the businessman Tariq Bukhari, the brother of Apni Party leader Altaf Bukhari. The Delhi University lecturer S A R Geelani who passed away in 2018 was also targeted. So were journalists like Muzamil Jaleel, Aurangzeb Naqshbandi, Iftikhar Geelani and Sumir Kaul.

The records also show that two unidentified social activists and a senior faculty member at an agriculture science university in the region were also chosen for potential surveillance.

The period of surveillance for all these personalities is largely the run-up to the revocation of Article 370 in August 2019. However, analysts in Kashmir think that the revelation is just “the tip of the iceberg”.

“Being a security state, surveillance is understood to be a part and parcel of life,” said Naseer Ahmad, author of Kashmir Pending. “It is believed that a large segment of the population could be on surveillance as part of the effort to combat the militancy.”

The security establishment is also believed to preside over a large human intelligence network and the other measures to suppress any effort at resistance against the state.

According to a report in 2007, around 60,000 families were on the security blacklist in Kashmir, so not entitled to a passport for international travel.

A senior police officer said that without targeted surveillance it would be impossible to police a troubled region like Kashmir. The security agencies are known to use mobile call tracking system that enables them to track down militants.

J&K administration has been fighting separatist militancy and the street protests for the past thirty years. In the process, it has put together a vaunted counter-insurgency military machine, arguably the best in the country. it has an elaborate security apparatus at its command comprising police, military and paramilitaries, each armed with the latest intelligence gathering tech tools. This decades-long expertise in dealing with militancy has not only shaped the administration’s worldview but also how it solves the problems at hand.

The Covid-19 pandemic is a case in point. Last year, as the J&K’s healthcare infrastructure was struggling to deal with rising number of Covid cases, the security management of the situation turned out to be more efficient. And this management was not only about the concrete barricades across red zones, but also about the way government went about tracing the Covid suspects by remotely mining their smarphones for data about their travel history. In one case, a quarantined person had been picked up after his phone had betrayed travel to Nizamuddin, leading authorities to conclude he could be a potential carrier.

This use of technological surveillance in contact tracing set the police in pursuit of an ever larger number of people as the number of Covid cases rose in the first flush of the pandemic. The operation took on a much larger scale than the circumscribed and targeted surveillance to track down militants and their sympathisers. The shadowing extended to social media where tackling “coronavirus misinformation” was added to existing task of targeting anti-national and pro-militancy posts. And the security agencies excelled at this.

“If there’s going to be a push back against the central government in the wake of the Pegasus project, Kashmir should figure prominently in the all-important debate,” said Ahmad. “The truth is that Kashmir has become a laboratory for the experiments that are later applied to rest of the country.” 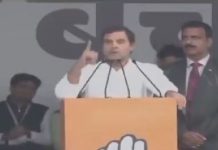