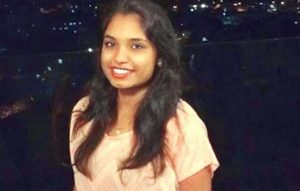 The series of viciousness against Dalits remain unflagging, the Payal Tadvi murder case attested it once more.  In India, Dalits are considered to be untouchables during the British colonial period and they face an increasing amount of violence in various forms on regular basis by those who belong to upper-caste. We must think of it that we are Indians and it can’t be identified on the lines of caste, creed and religion.
The 26 year old post graduate medical student Dr. Payal Salman Tadvi was found dead and hanging in her hostel room of BYL Nair Hospital in Mumbai Central on May 22. As per a report, the Mumbai police arrested Dr. Tadvi’s three senior colleagues belonging to the upper-caste for allegedly abetting the suicide by tormenting the Dalit student with casteist slurs. Interestingly, in this 21st century, highly educated people still believe in casteism in India. As we know, education gives knowledge, enlighten, excitement, empowerment and it doesn’t give something that resembles a afflict chamber in a dark dungeon. Hence, let’s try to spot which is good and bad for our societal stage.
Casteism is nothing but a social evil, menace, with roots in our society where inhuman, anti-social feelings are now widespread. People have higher degrees but limited sense of humour. Hence, the upper class people who receive elite educations vent such feelings through such acts of caste violence. It seems that they are simply ‘half-educated’ as they act as an unlettered based on caste system.
Reportedly, the attacks on Dalits under the BJP led NDA government are on the rise here in India. The diabolic attacks against Dalits and Adivasis are waged by the government and thus, civil rights violation and natural justice are being impeached. Recently, an Indian Dalit boy aged 21 year old was killed for eating in front of upper-caste men at a wedding ceremony.  More, the people belonging to Dalits and tribal community are frequently going into feared situations when they attempt to exercise their rights as the citizens of India over the past five years. Not merely so, many Dalit women are being sexually harassed, the children are being tainted here in India but miserably, our government is trying to silence. They have now become depressed and feel pretty helpless. What do we expect from our government? In India, there is no value for working class people. Do we cast our votes as per the casteism? A government is formed with the support of all classes’ people. Let’s not forget it.
It is said that the concept of humanity is more superior to the concept of casteism. We firmly believe in the theory of universal brotherhood. And, we are the follower of Sanskrit phrase ‘Vasudhaiva Kutumbakam’ (the whole world is one family). So, our nation should be generous towards the caste system.
The upper-caste citizens of India need to know that human rights are rights innate to all human beings irrespective of ethnicity, language, religion, caste or any other class. Everyone is entitled to these rights without bias. Importantly, what’s next for India’s new government? Will Modi government ‘Modi-fy’ the caste system in India and provide justice for the Dalits and tribal community or will remain silence as before to thrust 21st century nation into darkness?