The national anthem has been the talk of the town for quite sometime. On November 30, 2016, the Supreme Court made it mandatory to play the anthem in cinema halls before the screening of films, saying that those present must “stand up in respect” till the anthem ended. The reason behind this order as given by the apex court was to “instil within one a sense of committed patriotism and nationalism.”

The bench of Justices Dipak Misra and Amitava Roy said it was time people expressed their “love for the motherland.”

“People must feel this is my country. This is my motherland. Who are you? You are an Indian first. In other countries, you respect their restrictions.

In India, you do not want any restrictions?” Justice Misra had remarked.

“…people should feel that they live in a nation and show respect to the national anthem and the national flag,” he said.

‘Oh C’mon! Do we really need forced patriotism?’ was my first thought after the decision came. We in the twenty-first century cant be forced to listen to our national anthem to feel deep love, respect and responsibility towards the nation.

Going through this unique news 2016, I had perfect fodder ready for my daydreaming routine in office. After all, who wanted to work if there was such big news out there to gossip about. So, here I was in my reverie, sitting in the middle row of a cinema hall filled with people including elderly and kids when my phone rang displaying the name of the caller saved in my phone as “don’t pick”.

Ankit was calling as he had gone through SC’s national anthem ruling and wanted me to listen to arguments that he wanted me to publish. But as my mobile suggested “don’t pick”, I didn’t take the call until my colleague was obviously irritated with my continuous ringtone of “saare jahan se achha…hindustan hamara”.

We Indians have a very strange habit of doing what we are told not to do. The apex court wanted to instil patriotism in us but going by habit, many of my friends exchanged a lot of ideas on how to go against the decision. So the result was that I was the only one from my group going to the movies throughout last year. To not indulge in forced patriotism, my friends boycotted cinemas altogether and took the route of pirated CDs.

For me, the judgment was a boon. Thanks to the judges, in order to “stand up in respect” for the nation, I became attentive, in cinemas at least. The decision gave me a reason to stand before I go on my munching spree for the next three hours.

I was overwhelmed by love for my motherland until the judges decided to give a revised judgment on January 9 this year. While modifying its earlier order, the SC made playing of the national anthem in cinema halls optional.

However, the twist came when the court gave control in the hands of cinema owners. The bench clarified that should a cinema hall choose to play the national anthem, it shall be compulsory for every person in the audience to stand in respect unless they are entitled to exemption on account of disability.

So, does that mean that now cinema owners will decide when I need to bring my attentiveness back in theatres? The current order is perplexing for me.

The decision has again got a mixed response from theatre owners. Some of them welcomed the judgment saying that many times they faced uncomfortable situations when some people would get agitated seeing someone not standing during the anthem. Some other theatre owners said they would like to continue playing the national anthem. So now cinema owners have the authority to decide when to instil love for the nation in people?

Here goes my reverie of standing in a queue to buy a ticket for the latest blockbuster and get to know that patriotism is free with every ticket.

Yashica Jalhotra is very happy after the apex court’s decision as she can now choose the theatre according to her patriotic mood of the day. 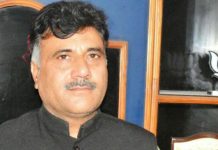