The recent assault on Salil Chaturvedi, a celebrated poet, author and disability activist, by a bellicose couple for not standing up when the national anthem was being played at a cinema hall in Goa is an example as to how far we are stretching nationalism to make it jingoism! Salil apparently could not stand because of the disability caused by a spine injury. Son of a former Air Force officer, Salil Chaturvedi represented the nation in wheelchair tennis at Australian Open. As for his patriotic credentials, he was part of the cast of children’s television show “Galli Galli Sim Sim”, the Indian version of Sesame Street. He had compiled the first Konkani audio book for blind children. The award-winning writer and disability campaigner was thrashed by the couple seated behind him in the Panaji multiplex. Chaturvedi reportedly reacted “Are cinema halls a place for us to express love for the country? Are we not belittling the national anthem by playing it in movie theatres? Don’t people who are drunk come to watch movies? Who is someone to judge how much I love my country?”

This is not an isolated case of jingoism that the country is going through following the Uri attack and surgical strikes. Jingoism is spreading its scope. Even educational institutions are being involved in it. The University Grants Commission (UGC) has sent an official note to all affiliated universities and colleges directing students to take a security pledge on the birth anniversary of Sardar Vallabhbhai Patel. On that day, declared as National Unity Day, 30 million students have been asked to take the pledge: “I dedicate myself to preserve the unity, integrity and security of the nation and to strive hard to spread this message in the spirit of unification of my country.” The UGC note also asks educational institutions to invite freedom fighters to their campuses to talk about nationalism. UGC has asked all these institutions to keep the Human Resource Development Ministry informed of their events. The UGC directive, coming at a time when incidents of jingoism and patriotic hysteria are sweeping the country, could take dangerous proportions.

Do we need to trumpet our patriotism? Do college and university students need to give proof of their nationalism? Would not the demand for proof of nationalism mean taking jingoism to an absurd new level? Would not force-feeding of nationalism be counterproductive? Should not well-meaning institutions like UGC remain above controversy? These are questions that every right-thinking person must ponder to ensure that patriotism and nationalism are not relegated to naked jingoism! 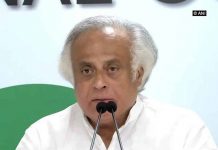