A 26-year-old auto rickshaw driver Jahangir Alam was stabbed to death on October 7 night allegedly by a passenger at Kasturba Gandhi Marg near Connaught Place area following a dispute over fare.

“When the auto reached near ‘Local’ Restaurant, there was an argument over the night fare as well as the number of passengers Alam could carry in his auto. The argument ended with the teenagers stabbing Alam,” said Madhur Verma, deputy commissioner of police (DCP).

After noticing the auto driver bleeding, a passer by Ratan Singh Chauhan called up the police.

Chauhan added, “He was bleeding. He was not able to speak. We got scared and asked him what happened. He fell on the ground. He said a passenger stabbed him but he didn’t who the person was.”

Police took auto-driver to Lady Hardinge Medical College, about 2 km away from the incident site, where he died.

DCP further added, while one of the suspects was caught near the crime scene and thrashed by the public before being handed over to the police, two others were caught by the police later, the fourth suspect is still on the run. 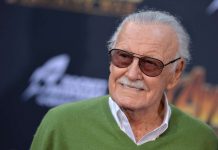