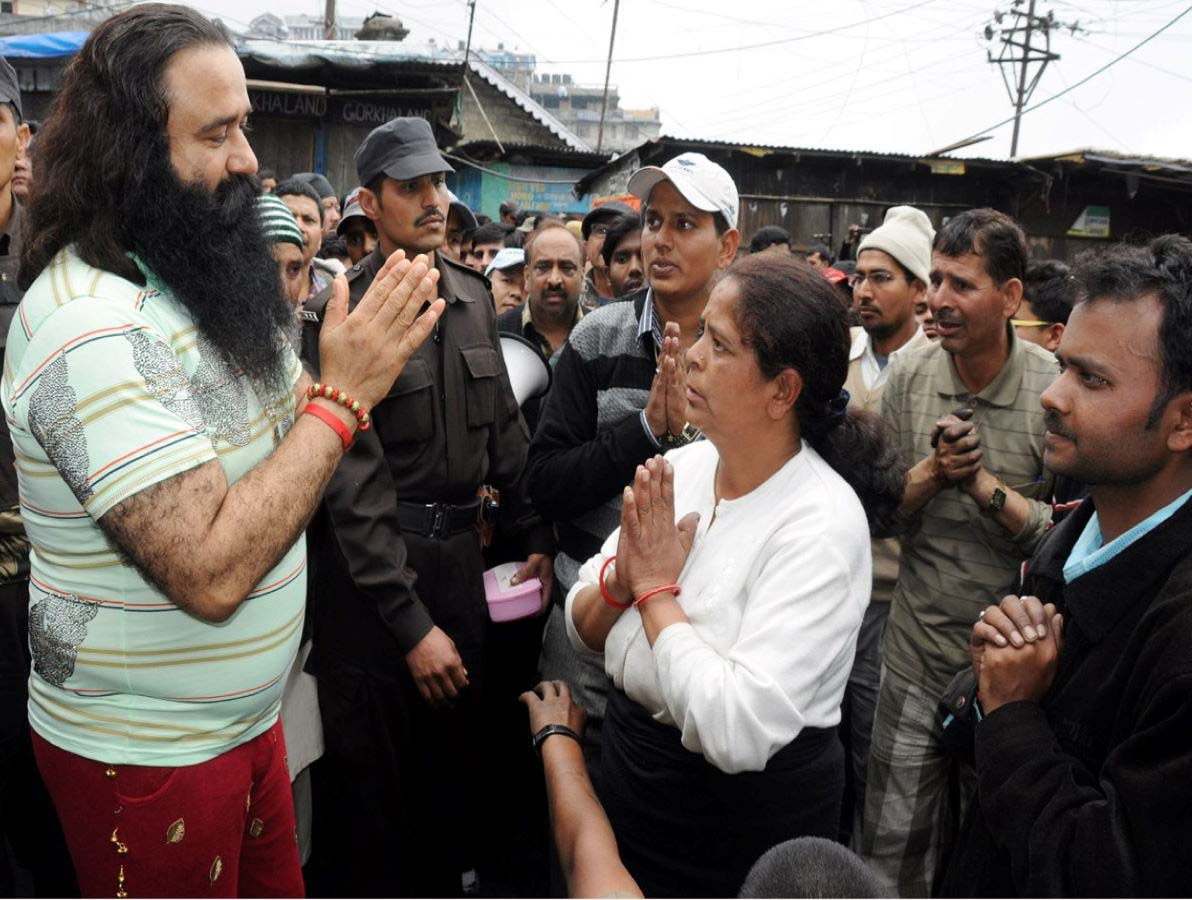 Recently, the controversial head of the Dera Sacha Sauda was released on 40-day parole with Adampur by-election and panchayat polls round the corner in Haryana. Baba keeps an eye out for the election as it signals his release on parole violating rules, writes Pawan Kumar Bansal

Gurmeet Ram Rahim, a controversial head of the Dera Sacha Sauda, Sirsa district in Haryana, currently undergoing life sentence in Sunaria Jail in Rohtak district on murder and rape charges, keeps an eye out for the election as it signals his release on parole violating rules and regulations. Recently, he was released on 40-day parole with Adampur Assembly by-election and polls of Panchayati Raj institutions round the corner in Haryana. He was convicted by CBI Judge Jagdeep Singh. The victims of Baba’s atrocities adorn Justice Jagdeep Singh’s photo in their houses indicating the relief they got from the judgement.

The ruling BJP in Haryana believes that this will earn goodwill for the party among thousands of his supporters spread across the state, particularly in Bhiwani, Sirsa, Hisar and other districts of the state, in Adampur Assembly by-election and polls of Panchayati Raj institutions in the state. Ram Rahim also reciprocates the gesture by ensuring that his supporters cast their votes in favour of BJP candidates.

It is interesting to mention here that after forming the government in Haryana, almost the entire cabinet had visited Dera Sacha Sauda headquarters in Sirsa to convey their thanks to Ram Rahim for the support extended to the BJP candidates.

Just after his recent release on parole, reportedly at the instance of political bosses in view of Adampur assembly by-election and elections of Panchayati Raj institutions in the state, Ram Rahim has released a video in which he had indirectly appealed his supporters for voting in favor of BJP candidates. Right from Om Parkash Dhankar, State party Chief, to Karnal Municipal Corporation Mayor, Renu Bala Gupta and Ranbir Gangwa, deputy speaker of State assembly, everybody who is somebody in the party have got in touch with Dera Sacha Sauda chief and the government doesn’t tire of lauding the social services rendered by the followers of Ram Rahim.

Gangwa says that he was supporter of Baba since long and his parents were followers of Baba too adding that his family had donated their ancestral land to Baba for performing social services. He has praised the social work done by followers of Baba which includes tree plantation and blood donation camps. He said that thousands of people had quit the drugs influenced by the preaching of the Baba.

While efforts to contact Jails Minister, Ranjit Singh about his version for granting frequent paroles to Baba, bore no results, Haryana BJP president, Om Parkash Dhankar has justified the parole given to the Baba. Dhankar told Tehelka, “There is nothing special in giving parole to Baba Ji as according to law every convict has a right to get parole.” Dhankar said that Ram Rahim is undergoing sentence for his crime but that cannot stop his followers from worshiping him.

Clearly worried over Ram Rahim’s support to BJP, Jai Parkash, a Congress candidate from Adampur Assembly by elections, has claimed that he is the real follower of Ram Rahim. He also claimed that as Dera head never indulges in any political activity, hence there was no question of any video having been released by him asking his followers to vote in favour of the BJP candidates.

Former Chief Minister, and Indian National Lok Dal supremo, Om Parkash Chotala has criticized the government decision to grant parole to Baba reportedly with an eye on the  votes of his followers in support of party candidates.

Meanwhile Ram Rahim’s release has sent shock waves among victims of Baba including witnesses against him in court cases which had led to his conviction, particularly in Sirsa.

It is not the first time that Baba has been released on parole. He was released on parole a few months ago on the eve of Punjab Assembly election where he has a sizable number of followers particularly in Malwa belt. He was also released during elections of municipalities in Haryana. Anshul Chattarpati, son of late firebrand journalist, Ram Chandar Chattarpati, who had launched tirade against atrocities of Baba which led to murder of his father is shocked over the decision of Haryana Government frequently granting parole to Baba. He took a swipe at the BJP saying that those who raise slogan ‘Beti Bachao Beti Padhao,’ has no shame in seeking blessings of Baba, who is convicted of rape, for the sake of votes.

He wonders how they are talking about Baba’s right as a convict for getting parole whereas the same Baba has challenged the law and even judiciary when thousands of his supporters had created mayhem in the town of Panchkula through the incidents of arson and violence when he was produced in court. 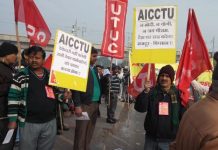 Jammu and Kashmir: High Security ahead of municipal polls