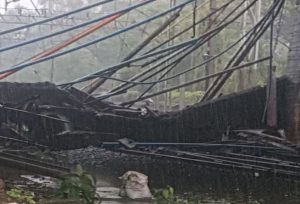 Following incessant rains in Mumbai, five people have been injured when a pedestrian portion of the Gokhale Road Over Bridge collapsed on the Western Railway (WR) connecting Andheri East to West around 7.30 am on July 3. All services on WR have been suspended due to the incident.

“The incident happened around 7.30 am when the slab fell on platform no. 7 and 8 at Andheri,” a WR official said.

Railway Protection Force officer R Kudvalkar said, “Five people have been injured and sent to hospital. Don’t think anyone is trapped under debris. The debris cleaning is underway. Railway will probably starting functioning in next 4 hours.”

The incident also resulted in even ripping off overhead wires which were left on the tracks.

“Trains on the western line are affected. BMC, Fire Brigade as well as RPF Staff & Officers are deputed on spot for support. Traffic above & below the bridge is stopped for now, “Mumbai Police tweeted.

In addition, a National Disaster Response Force team has also reached the spot.

The met department has predicted heavy rainfall in the next 48 hours in Mumbai. 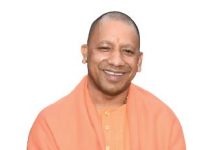