The Parliament on August 6 passed the Criminal Law (Amendment) Bill, 2018 with the Rajya Sabha clearing it by a voice vote. The bill ensures stringent punishment for those convicted of raping girls below 12 years of age.

The bill was passed by Lok Sabha last month.

Minister of State for Home Kiren Rijiju reportedly said, “Both houses of the Parliament have passed Criminal Law Amendment Bill and now we will ensure that this act takes effect in the manner in which it has been envisaged. There are various other steps taken to ensure speedy trial.”

The amendment came in wake of steep increase in incidents of rape of minors.

The bill replaces the Criminal Law (Amendment) Ordinance promulgated on April 21, 2018, by President Ram Nath Kovind. The bill stipulates stringent punishment for perpetrators of rape, particularly of girls below 12 years and the death sentence has been provided for rapists of girls under 12 years.

The Bill stipulates a minimum jail term of 20 years which may go up to life in prison or death sentence, for the rape of a girl under 12 years.

In the case of gangrape of a girl below 12 years of age, proprietors will get life imprisonment or death.

In case of rape of a girl below 16 years, the minimum punishment has been increased from 10 to 20 years and it is extendable to life imprisonment also.

The punishment for the gangrape of a girl below 16 years of age will invariably be imprisonment for the rest of the life of the convict.

The cabinet also decided to put in place a number of measures for speedy trial and investigation of rape cases.

According to the Bill, the fast-track special courts will be set up to exclusively deal with rape cases.

According to Bill Woman judge will hear the rape case and a woman police officer will record the statement of rape victims. 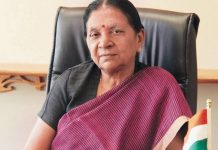