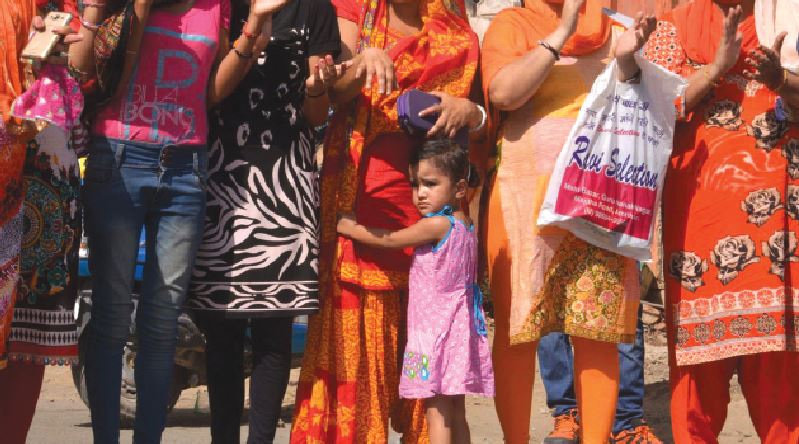 The National Family Health Survey has revealed negative trends for sex ratio at birth in several states. As many as eight states have shown losses in sex ratio at birth which is measured as the number of female births per 1,000 male births. Preference for sons was visible, though Institutional delivery is over 90 per cent in 14 out of the total 22 States and UTs. Almost 91% of districts recorded over 70% institutional deliveries of births in the 5 years preceding the survey.

Another cause of concern is anaemia among women and children as more than half of the children and women are anaemic in 13 of the 22 States/UTs. It has also been observed that anaemia among pregnant women has increased in half of the States/UTs compared to NFHS-4, in spite of the substantial increase in the consumption of IFA tablets by pregnant women for 180 days or more. Also, women’s empowerment indicators portray considerable improvement across all the States/UTs included in Phase 1. Considerable progress has been recorded between NFHS-4 and NFHS-5 in regard to women operating bank accounts. For instance, in the case of Bihar, the increase was to the tune of 51 percentage point from 26 per cent to 77 per cent. More than 60 per cent of women in every state and UTs in the first phase have operational bank accounts.

With a sex ratio of 833, Haryana continues to be laggard though much touted Beti Bachao, Beti Padhao scheme was launched from Haryana. The initiative that celebrates the girl child and enables her education with 100% assistance from the central government at the district level was launched by the government from the State of Haryana. After covering 161 districts over two phases, it aims to cover the remaining 479 in the third phase. It aims to improve the sex ratio at birth in select gender-critical districts by two points in a year, among other targets.

Significantly, the sex ratio in rural India is better viz a viz urban area. It stood at 898 in 2015-17 as against urban India’s 890. Seven states had a poorer rural sex ratio than rural India’s average, while 14 had a lower urban sex ratio than the average for urban India. The sex ratio at birth in urban areas varies from 950 in Madhya Pradesh to 816 in Uttarakhand. Similarly, it ranges from 828 to 985 for rural areas of Haryana and Kerala, respectively. Maybe people in urban areas who have access to medical facilities and technology and resort to sex determination or neonatal tests to confirm the sex of the fetus.

Punjab and Haryana had led the national SRB gains in the last survey. NFHS-5 data for these two states is yet to be released. While Punjab had improved by 122 points — Punjab’s SRB rose from 734 in NFHS-3 to 860 in NFHS-4 — Haryana improved by 74 points going from 762 in 2005 to 836 in 2015. Top six scorers on SRB in the last round of NFHS were Punjab, Kerala, Meghalaya, Haryana, Tamil Nadu and Maharashtra. Three of these six states have squandered past gains.

However, the latest survey indicates that the gender gains made in the recent past are in danger of being reversed, data released by the latest National Family Health Survey for 2019-20. The employment data released by the Centre for Monitoring Indian Economy (CMIE) for November also indicates that the labour force has contracted by two percent for men and 13 percent for women over the previous year. Since 2011, close to 25 million women have fallen off the labour map in India and, as of November, according to CMIE, an additional 6.7 million women have been out of work since the beginning of the pandemic. In Bihar, only 12.6 percent of women said they had been paid cash for work; 19 percent in Assam and 20.2 percent in Himachal Pradesh.

The Covid-19 pandemic might have made another important gender data point of the NFHS redundant: gender-based violence. Even according to NFHS, gender-based violence remains distressingly high. Karnataka has recorded a startling rise from 20.6 percent five years ago to 44.4 percent of women between the ages of 18 and 49 who have experienced either physical or sexual violence from a spouse. In Bihar, for instance, as many as 40 percent of women continue to be victims of spousal violence even though the figure has come down from 43.7 percent in 2015-16.

The distinct and dramatic improvement is in two parameters-the first is the number of bank accounts operated directly by women. States such as Bihar and Manipur have reported an increase from 26.4 percent to 76.7 percent and 34.8 percent to 74 percent. The second is the increasing use by young women of hygienic methods of protection during menstruation in all the 22 states and UTs, barring for some inexplicable reason, Mizoram, where numbers fell from 93.4 percent to 89.8 percent. States, where over 90 percent of women use hygienic methods of menstruation, include Goa (96.8 percent), Kerala (93 percent), Telangana (92.1 percent) and both Gujarat and Himachal Pradesh (91.5 percent).