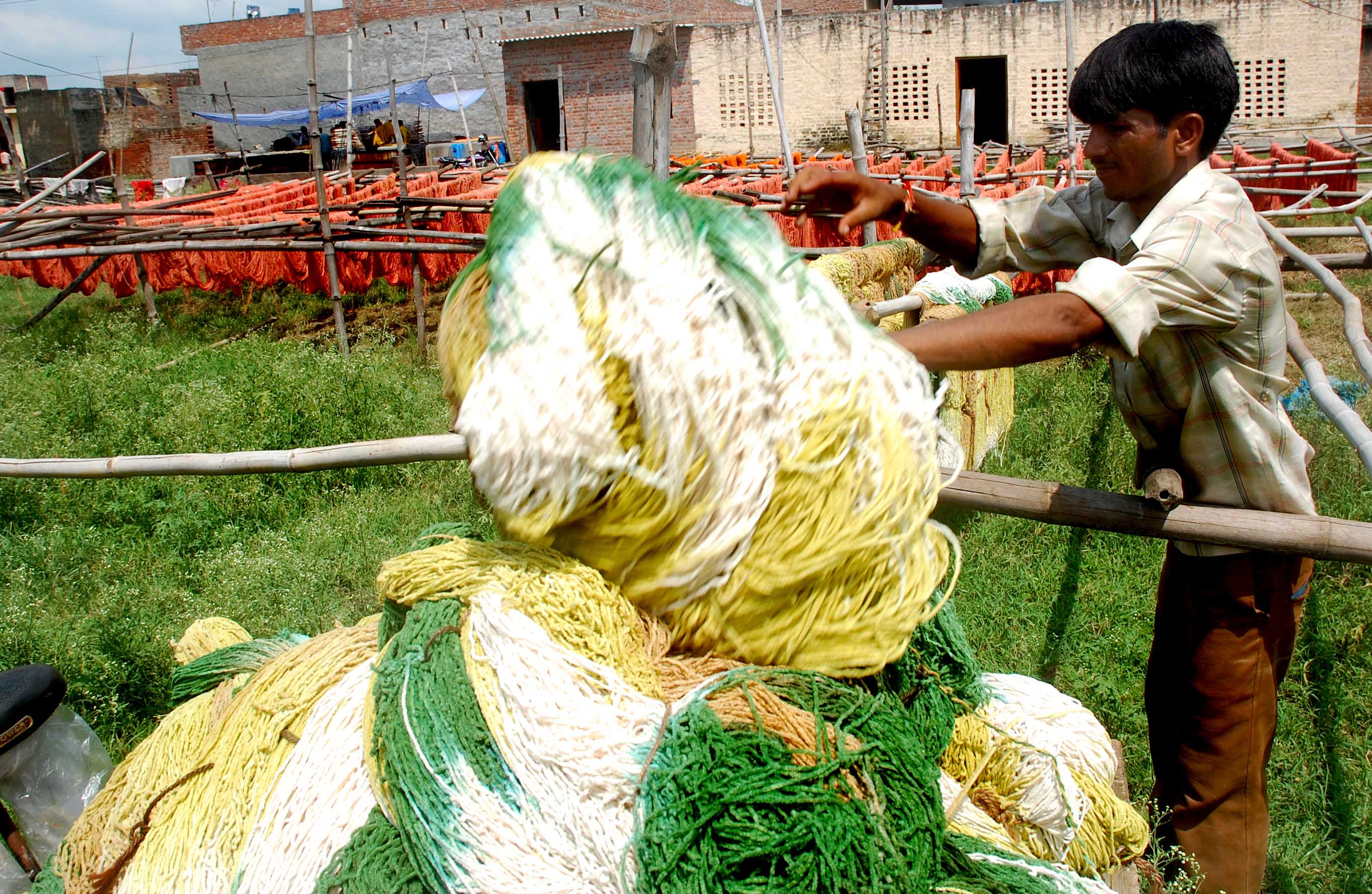 Several of dyeing units of Panipat recently shut operations for failing to comply with directions of the Commission for Air Quality Management (CAQM) to switch to green fuel. These industries have flagged high cost factor and sought more time to follow new norms, writes Rajesh Moudgil

Under surveillance of various pollution controlling agencies since long, several of the 400-odd dyeing and other related industrial units running on coal in Panipat, have now been forced to suspend their operations since October 1 last for failing to shift to piped natural gas (PNG), CNG, LPG, biogas, propane, butane or biomass fuels generated from crop waste and wooden blocks by September 30, 2022 deadline.

The panel had issued directions in February this year that any industry found running on the conventional fossil fuel in the NCR would be shut down after September 30. The panel had also directed that the operations in the industries should be carried out on green fuel from October 1 and that the industry running on coal would be fined Rs 1 crore and jail-term of upto five years.

These industries, however, have their own side of story of hardships and distress and their associations have also repeatedly represented it before the state and the Central agencies.

Several of the industrialists rue that the Panipat units have already been facing hardships: earlier because of Covid-19 and now because of the recent slowdown because of the Ukraine conflict and recession fears in the United States and Europe and that with the shutdown, exporters’ orders worth crores of rupees are at stake.

These units also fear that their closures would have a cascading impact on a large number of other units associated with the business, besides severely hitting the livelihood of a huge number of workforce.

The members of the Panipat Exporters Association (PEA) have recently written to the M.M. Kutty, chairman, Commission for Air Quality Management, National Capital Region (NCR) and adjoining areas, urging upon it for relaxation in maximum permissible standard for particulate matter (pm) and also seeking time till March 31, 2024 to comply with the new norms. 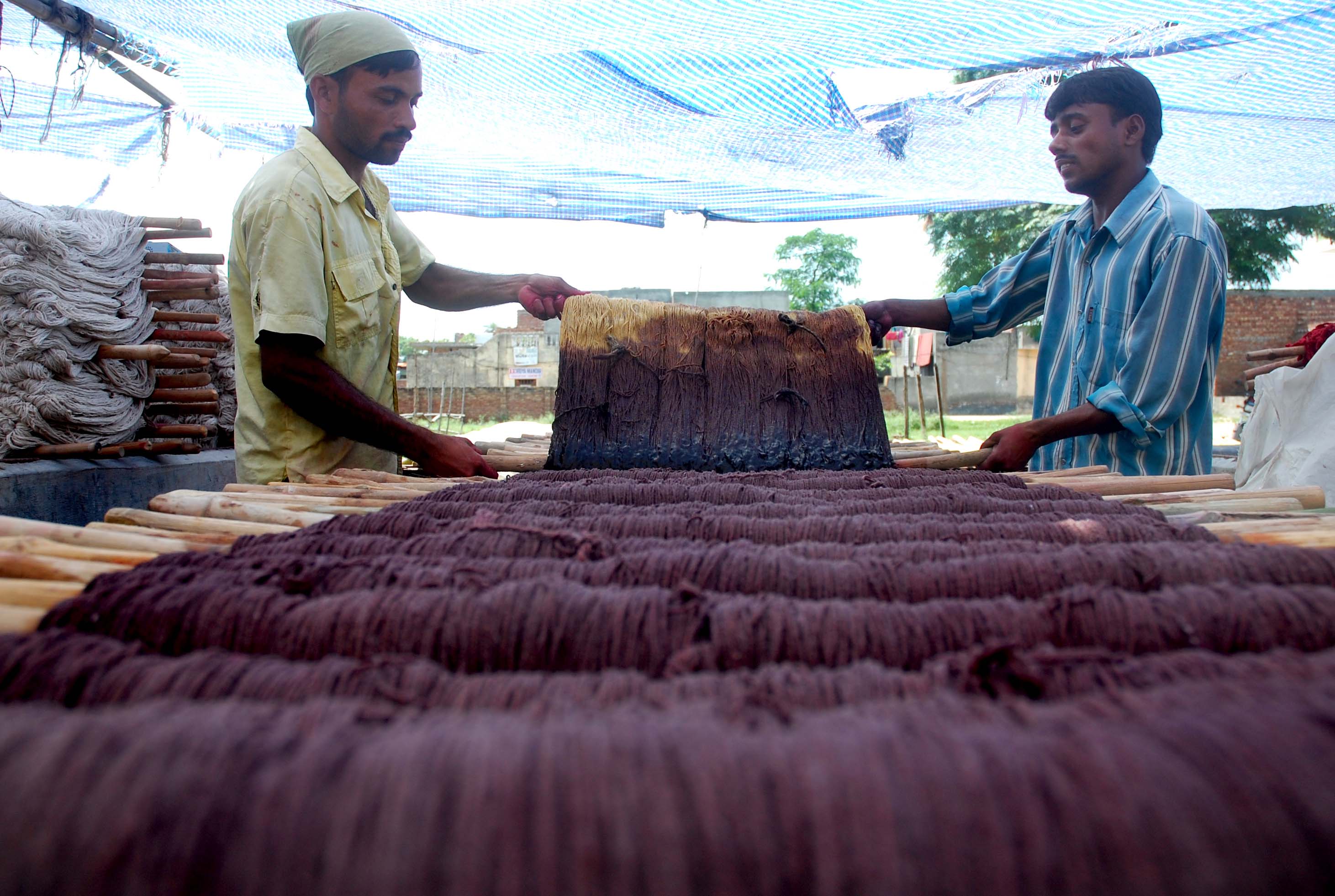 While expressing its gratitude to Haryana Pollution Control Board (HPCB) for its decision to set up a common boiler in the Industrial Sector 29-II, Panipat in the next about a year’s time, the PEA, however, has drawn the attention of the panel towards panel’s direction for industries located in national capital region (NCR) beyond the jurisdiction of government of national capital territory of Delhi (GNCTD). The panel has directed these industries to completely switch over to green fuels by September 30, 2022, where gas infrastructure and supply was available.

The PEA has pointed out that the cost of running a boiler on PNG is about three times higher than that of the boiler running on coal and therefore it is not economically viable to shift all the existing boilers to PNG or biomass fuels as it leads to heavy investment, expenditure and a time-consuming process.

Moreover, while only about 25-30% of the units are running their boilers on biomass fuel – rice husk, all units in NCR (Panipat region) would be closed as they cannot compete with rest of India as per the given new norms.

The PEA has further pointed out that the HPCB’s current emission parameters are 600 mg /Nm3 against which revised parameters (80 mg/Nm3) are quite low. Stating that it is impractical to absorb such a drastic decrease in the maximum permissible emission standards, the PEA has further stated that while the industry is concerned with environment and fully supports environment conservation, most of the units are maintaining existing norms set forth by CPCB by installing abatement technology and meeting all the pollution control norms.

Stating that the units have even installed online continuous monitoring system connected to CPCB and HPCB server, the PEA president Lalit Goel and other industrialists also held that the PEA is already holding discussions with a Gujarat-based company to setup common boiler in the industrial sectors which is expected to be operational within a period of one year.

Meanwhile, the teams of the Haryana pollution control board (HPCB) have already launched a special drive to ensure the compliance of the new norms under which coal-fired units located in the NCR have been told to shift to green fuel or face closure.

The HPCB regional officer Kanwaljit Singh, however, said that according to official records there are 389 units of which 165 have already given their consent for the PNG supply. There are only about 25 to 30 units which have shut down their operations while the remaining are in the process of complying with the new norms, he added.

He told the media that the HPCB team had also conducted a field survey and there was not even a single industry flouting the norms. He held that they had also given the alternative of the biomass fuel to the owners of industrial units which would as well help to deal with the issue of stubble burning in the state.

However, on the other hand, to the question as to why the industrialists are reluctant to shift to the green fuel, Bhim Singh Rana, president of Panipat Dyers’ Association, has also told media that not only the PNG was costlier than coal but the equipment used for the shift were also not available as per requirement. He reiterated the industrial units’ plea to the government to give about two years’ time to comply with the new norms.

The industrialists held that the units which had been forced to shut down for failing to adopt the new technology were facing huge losses of crores of rupees a day and the livelihood of tens of thousands of workers was at stake. They say that the closure of the dyeing units would also hit hundreds of other units which were based on raw material prepared by the dyeing units.