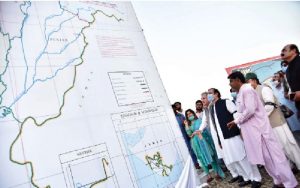 There are two interesting incidents of India’s recent history, the merger of the princely state of Jammu and Kashmir (J&K), and the annexation of Junagarh in Saurashtra, now a part of Gujarat. In the case of J&K, Pakistan claimed that since it was a Muslim majority area, it should merge with the newly created Muslim home-land. In the case of Junagarh, though an overwhelming Hindu majority area, it should be a part of Pakistan, because its ruler has signed accession with Pakistan.

The Hindu ruler of the princely state of J&K, Maharaja Hari Singh, signs stand-still agreement with the ruler of the newly created Muslim state, Pakistan, Muhammed Ali Jinnah, and requests for some time for consultations among his subjects before taking a final decision about the future of the state. Thus, if the Junagadh’s accession is accepted, the Maharaja’s decision too cannot be challenged.

Before the ink of the stand-still agreement with the Maharaja could dry up, it was thrown to the dust bin. Jinnah decided to annex the state by force. The Pakistani army, then under the British General, Sir Frank Messervy,  a favourite of Lord Mountbatten, the last viceroy of India, was assigned the task. It was considered a cake-walk for Messervy, because the state’s road and rail connectivity were through the Punjab territories, now under Pakistan. With a smalls section of the Muslim soldiers, who were trusted by the Maharaja, joining the invading army, the Pakistani occupation was almost complete, when Indian troops entered Srinagar. The Pakistani-British conspiracy was finally foiled by the might of the Indian army and the Kashmiri leader, Sheikh Abdulla, and his party, National Conference. The Abdulla’s party did not subscribe to the two-nation theory of Jinnah. He preferred the democratic India than the land of Muslim feudal and land lords, Pakistan.

It appears that fortunately for General Messervy’s face saving, Mountbatten manipulated Jawaharlal Nehru, the first Indian prime minister, to go for a cease-fire under the UN supervision. Messervy, thus, quietly left Pakistan in February 1948 to be replaced by Sir Douglas Gracey, another British, who remained in the office for next three year, till the British could find a suitable army chief among native Muslims.  Under Gracey, the Inter-Services Intelligence (ISI) of Pakistani army was created, which is behind the J&K violence.

In the case of Junagardh, Shah Nawaz Bhutto, a favorite  of the outgoing colonial power and a land lord of Sindh, was appointed in the court of Nawab Muhammed Mahabat Khan-III as its dewan or prime minister. Being a British protectorate, Jungardh ruler had to seek approval of the British government for higher appointments. Before Bhutto’s appointment, the Constitutional Advisor to the Nawab, Nabi Baksh, had told Mountbatten that he was recommending that Junagarh should join India. However, he was over ruled by Bhutto . However, upon the advice of Dewan Bhutto, on 15 August 1947, the Nawab decided to merge with Pakistan. On September 13, 1947, Pakistan also notified that accession is accepted. The majority of the people of Junagarh revolted, leading to the near-collapse of the state government, and India had to send its military into Junagarh. A plebiscite was conducted that had 91% of the population voting in support of joining India in December 1947. There were only 91 votes for Pakistan in the follow-up plebiscite.

These two incidents have different contexts. If the accession signed by the erstwhile ruler is accepted, Pakistan has to concede that it has not claim on J&K. Even if the argument is accepted, the majority of the Kashmiris, irrespective of their faith, have passed resolution in the state assembly endorsing the merger of J&K with India. On the issue of plebiscite, it did not withdraw troops from the occupied Kashmiri territories despite the UN resolution.

It is widely believed that Pakistan, prompted by China and Nepal, is adopting new aggressive postures. The Pakistani prime minister Imran Khan, a cricketer-turned politicians, has unveiled a new map of Pakistan includes all of J&K and Ladakh, Sir Creek and Junagadh. Meanwhile, the relation between Pakistan and Saudi Arab has reached to a new low with the demand of the return of the one billion US dollar given to Pakistan as a short-term loan. Pakistan took a loan, perhaps on high interest rates, from China to settle the outstanding with the Arab ally. It has made it further subservient to the Chinese policies in the region.

Pakistan, in spite of its prolonged terrorists operations in the J&K, none among Kashmir is ready to join Pakistan. A section may be for an independent Kashmir. It appears that the map is an effort to find some support for the declining political fortune of the Imran Khan’s government. The Indian spokesman of the External Affairs ministry, has said, “the map as an “exercise in absurdity” that made “untenable claims” to territories in India. “These ridiculous assertions have neither legal validity nor international credibility.” He further stated, “The statement added that the release of the new map confirms Pakistan’s “obsession with territorial aggrandizement” supported by cross-border terrorism”.

Meanwhile, the Pakistani media known to be a supporter of the army chief, has started criticizing Khan and his foreign minister, Shah Mahmood Qureshi, for keeping the country in dark while seeking fresh loan from China.

It is now known across the world that China is keen to keep India engaged in as many as possible dispute with her neighbors. If the Chinese ambassador in Nepal could prompt, the Nepali government to claim Indian territories, the Pakistan’s cartographic assertion too could be a part of a broader Chinese mischief in the region. During his visit to India in 2019, the Chinese president, Li Jinping, had demanded that India must restore the constitutional status to J&K. India could not be brow-beaten. It was followed up by military activities along the long Himalayan borders between Tibet and India that led to the Galwan clashes in June 2020.

In the region, China has promised huge funds to Iran, but the decline of exports to the west, it is difficult to predict huge financial support to Iran.

Within Pakistan too, there are few takers of the so-called bold claims of the Imran government. The two major political parties, the Pakistan Muslim League -Noon(PML-N) and the Pakistan People’s Party (PPP), have so far not endorsed the new maps. Meanwhile, the re-arrest of the former Pakistani prime minister Shahid Khaqan Abbasi, in a cooked-up corruption case has further weakened the Khan government, which is limping only with the help of the army headquarters. Abbasi, one of the prominent leaders of the PML-N, was taken into police custody after his vehicle was stopped in Lahore. The arrest warrant was signed by the chairman of the National Accountability Bureau (NAB). The NAB is anti-corruption watchdog, which only takes action against the politicians, but there is no action against the corrupt military officers. Abbasi is accused of corrupt practices in the signing of Liquified Natural Gas (LNG) contracts during his year in office as prime minister between 2017 and 2018. Abbasi, however, has predicted that if these policies of framing his opponents are continued there will be no Pakistan.

Earlier, the NAB had arrested the former Pakistani president, Asif Ali Zardari, who is the chief of the PPP. Earlier, Maryam Nawaz, daughter of the former prime minister, Nawaz Sharif, has released a video showing the anti-corruption judge, who had convicted her father, confessing to being “blackmailed” into the verdict.

Amidst these actions against the opposition leaders, there are few takers of the new map of Pakistan within the country. It was released on July 4, just a day before the decision of the Indian government rolling back the special status to J&K under the Article 370 of the Constitution. 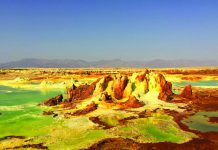