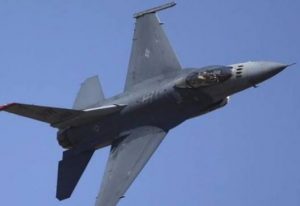 Pakistani fighter jets on Wednesday violated Indian air space in Poonch and Nowshera sectors of Jammu and Kashmir but were pushed back by Indian air force, senior officials said.

There were no reports of any casualty.

According to the latest report, Pakistan Air Force’s F-16 that violated Indian air space was shot down in Indian retaliatory fire, 3KM within Pakistan territory in Lam valley, Nowshera sector.

A parachute was reportedly seen when the Pakistani jet went down but the fate of the pilot is unknown.

The area has been on high alert amid warnings of retaliation after India’s fighter jets crossed the Line of Control and destroyed terror camp of JeM in Pakistan in a pre-dawn strike on Tuesday.