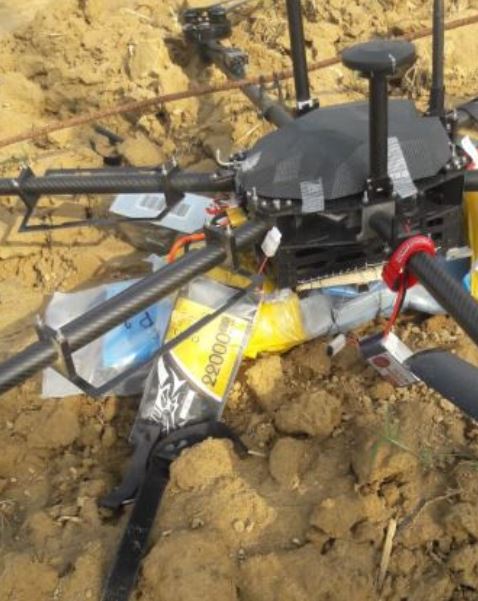 A Pakistani drone was shot down on Saturday by the Border Security Force (BSF) along the International Border (IB) in Jammu and Kashmir’s Kathua district.

According to the sources, the drone was shot down at about 5:10 am in Pansar village of Kathua.

The drone was spotted hovering in the skies by a BSF patrol at around 5.10 am. The BSF personnel fired about nine rounds and shot down the drone that was flying 250 metres inside Indian territory.

The BSF team has recovered an American-origin M4 rifle, two magazines and ammunition after shooting down the drone.