On September 5, One Army personnel was martyred while two others sustained injuries in ceasefire violation by Pakistan in Nowgam sector of north Kashmir. In another incident, the same day, Pakistan violated ceasefire in Shahpur, Kirni and Degwar sectors of Jammu and Kashmir’s Poonch district. 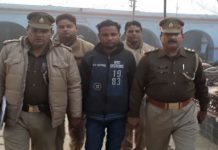