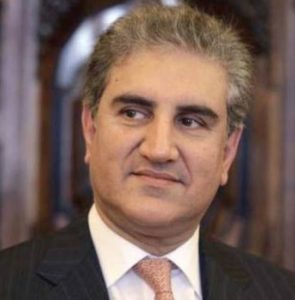 Pakistan is seeking US role in facilitating talks with India because the two nations are not engaging bilaterally on the same, Pakistan’s Foreign Minister Shah Mahmood Qureshi has said, warning that absence of facilitation could lead to escalation of tension between both the nations.

The latest Pakistani request on the same has again been rejected by the US, the top Pakistani diplomat told a Washington audience on October 3, a day after he had meetings with Mike Pompeo, US Secretary of State and National Security Advisor John Bolton, during which he raised the issue of bilateral talks with India only to be pushed back by the Trump administration.

Qureshi further said, “When we asked the US, to play a facilitating role…Why do we ask? Simply because we are not engaging bilaterally. And that bilateral disengagement is…a distraction. We want to focus, we want to move on the western side of the border, which we are not being able to because we have to watch our back from eastern side (towards India). That is not a healthy situation to be in.”

Pak foreign minister further said, “Now can you (United States) facilitate? The answer from them is no. They wanted (it done) bilaterally. But there is no bilateral movement.”

He alleged that India backed off, referring to the cancellation of his meeting with Indian External Affairs Minister Sushma Swaraj on the sidelines of United Nations General Assembly session.

Qureshi also added that the stalled dialogue process is not good for the two nations and the region.