Pakistan’s newly-elected Prime Minister Imran Khan has written to Prime Minister Narendra Modi seeking to resume the stalled dialogue between the two neighbors. He is seeking resumption of dialogue at the UN General Assembly meet later this month in New York.

According to reports PM Khan in his letter asked his Indian counterpart to green light meeting between External Affairs Minister (EAM) Sushma Swaraj and her Pakistani counterpart Shah Mehmood Qureshi on the sidelines of the UN General Assembly meet.

PM Khan’s letter is the first formal proposal of bilateral dialogue since he formed the government in Pakistan. The letter came in response to Prime Minister Modi’s own letter on August 20 which conveyed that New Delhi was looking for constructive and meaningful engagement between two countries.

Quoting from the letter official sources said, the PM had noted that India was committed to peaceful neighborly ties with Pakistan.

Indian and Pakistan have not had any substantial dialogue since 2015 when EAM Swaraj had travelled to Islamabad for Heart of Asia conference. 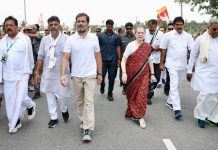 Turning violent in the name of peaceful cow