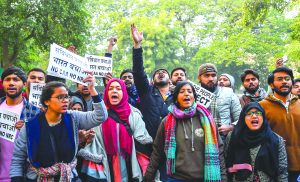 Time, that complex stream of contradictions, is said to heal. Sometimes scars disappear but wounds linger below the surface, particularly when the trauma has crossed generations. Few events have been more traumatic in Indian history than partition.

One practical argument against that brutal assault on India’s civilizational philosophy, apart from the moral and political case, was that there was no true geography for vivisection. Populations across the land were mixed in virtually every village, small town or urban conglomerate, particularly in the two provinces that would constitute the demographic bulk of Pakistan, Punjab and Bengal.

Even as early as in 1916, when Congress and Muslim League announced the once-famous but now forgotten Lucknow Pact, the formula gave half the seats in Punjab and 40 per cent in Bengal to Muslims. This was slightly above their actual numbers. In other words, there was no overwhelming majority for Muslims in Punjab and they were far less than half in Bengal.

The percentages had not changed when Mohammad Ali Jinnah, a political Muslim rather than a believer, abandoning the principles of the first half of his life, launched a virulent tirade against unity in collaboration with the viceroy Lord Linlithgow.

This was proved again in the elections of 1946 when the League, despite an overwhelming bulk of Muslim seats, could not get a majority in either Bengal or Punjab. But statistics tell only a part if the truth. There are no numbers of how people were spread in the actual localities where they lived. Indeed the multipolar cohabitation was living evidence of the syncretism and harmony born from Indian values.

Over and over again sensible people, including Britishers like Glancy, governor of Punjab, warned repeatedly that partition was a concept drenched in blood, an invitation to civil war. But Jinnah wanted a civil war, particularly after he launched a Jihad from 16 August 1946, or Direct Action Day which witnessed the horrors of the Great Calcutta Killings. The lava from this volcano spread to Noakhali and then to Bihar. Thousands were massacred. No one was safe. In January 1947 the Muslim League lit bonfires in Punjab, seeking to destroy the Unionist government which had proved for an decade that Punjab and India could be governed in partnership.

When Lord Mountbatten, last viceroy of India, saw the riot-affected areas of Punjab he could not believe the horrors he heard about. Details that shake one’s faith in humanity are recorded in the sanitized accounts without the archives, and published in the Transfer of Power papers. Gandhiji visited Punjab in the first week of August 1947 and with a broken heart uttered, “What barbarism! What bestiality!” Gandhiji left his young protege Dr Sushila Nayar, sister of his secretary Pyarelal, in the refugee camp as hostage: she would be the first to give her life if the refugees were attacked again before they could be brought to India. This is what being a Gandhian meant.

Obviously India was the only natural refuge for these victims of partition. Many Indian Muslims who had believed in the Pakistan movement left for their dreamland, only to be disillusioned quickly. But that is a separate story. The compelling reality is that the huge majority of Indian Muslims remained in their motherland.

The first accord signed between India and Pakistan on 8 April 1950 after six days of negotiations, known as the Nehru-Liaquat Pact, was about the safety and security of minorities in both countries. What happened over the next decades is illustrated by a startling statistic: while the population of minorities in Pakistan dropped from around 25  per cent to less than 2 per cent the population of Muslims in India has risen in the same time. This is the difference between a democracy and a theocracy.

It was not as if the perpetrators of partition did not know of the contradictions and consequences; they were simply callous. M.C. Chagla, who began his legal career in Jinnah’s chambers in Bombay and became foreign minister under Mrs Indira Gandhi, narrates in his autobiography Roses in December that he once asked Jinnah what would be the fate of Indian Muslims in UP and Bihar if Pakistan were created. Jinnah replied that he didn’t care.

Indeed, Jinnah did not care even about Bengalis. In his only visit to East Pakistan he told his astonished public audience in Dhaka that they would have to forget about Bengali and would be considered traitors if they did not adopt Urdu as the lingua franca. In a heroic war of liberation, east Bengalis led by Sheikh Mujibur Rahman ended the theocratic imposition of West Pakistan in 1971 and reinvented their country along a linguistic ethos that shelved theocracy. The process was interrupted by Sheikh Mujib’s tragic assassination in 1975 but the positive social forces he had set in motion were too powerful to be reversed. His legacy has been enhanced by his daughter, Sheikh Hasina.

Partition was a brutal business and who could have known this better than a refugee? His name was Dr Manmohan Singh. In 1947 Gandhiji had visited a refugee camp in the vicinity of Dr Singh’s birthplace in west Punjab. That is why Dr Singh demanded, in the Rajya Sabha in 2003, that refugees be granted citizenship. There is no ambiguity in his plea to the then home minister, another refugee, L.K. Advani.

Fortune made Dr Singh Prime Minister in 2004, a responsibility he held for an decade. Dr Singh did nothing to fulfill a demand that he himself had made. But his successor government has done something about it.

In the melee of rumours and misleading political rhetoric, it needs to be clarified over and over again that the Citizenship Amendment Bill just passed does not take away the rights of any Indians, of any religion or category. All it seeks to do as Dr Singh understands is to bring closure to one consequence of partition by granting citizenship to victims of a traumatic event in our history. That is all. It does not take away any rights of Indian Muslims, neither now or in the future.

Pakistan may become complete without minorities, but India will be India only with all its Indian Muslim citizens.