Pakistani Rangers continued excessive shelling on the international border on Tuesday in the Jammu and Samba districts of Jammu and Kashmir affecting BSF border outposts and around two dozen villages, police said.
A local from Suchetgarh, said “Shelling is incessant, we are very scared, can’t sleep at night. We cannot even take out our livestock for grazing. It’s a crisis situation. We Appeal to Govt to find a solution or make some arrangements.”
According to a police officer, “People have been advised to remain indoors and all schools on the International border are closed till the situation returns to normal,” the Pakistani side is carrying out indiscriminate shelling and firing in RS Pura, Arnia and Ramgarh sectors, the officer said. Shelling which started around 7 pm on Monday in Arnia, later extended to the other two sectors.
“The Border Security Force has been retaliating strongly and effectively as intermittent firing exchanges continue in these areas,” the officer added.
Six people including a policeman, a woman and four others, were injured in the Pakistani shelling in Arnia sector on Monday. 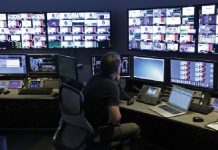