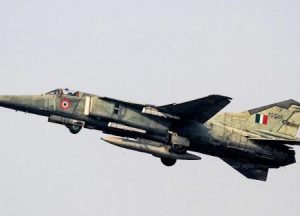 Ghafoor has claimed that the Indian aircrafts intruded into Pakistan from the Muzaffarabad sector.

Tensions are high between the new nations following the ghastly February 14 attack in which at least 40 CRPF personnel lost their lives. The Jaish-e-Mohammed (Pakistan-based terror outfit) has claimed the responsibility of the attack.