And step in they did. Vazir called from the gas station late that night and, struggling to be heard over the static, disclosed that the agencies had shut themselves in with the ballot boxes. This morning, word came in that four of the 50 polling booths in the constituency would be re-polled. “Vazir should still win,” Tanveer Gondol, his party leader in Lahore, told me. “But will they let him win?” It goes without saying that the Taliban, the US and the Pakistani State jointly oppose Vazir. Largely unreported by newspapers and TV news, the agencies were active from the time the parties began choosing the nominees. A seasoned politico here told me — provided I did not name him — that the agencies forced the leading parties, especially Sharif’s, to field some candidates the spooks backed. “Those not acceptable were dropped,” he said.
An analyst with a think-tank in Islamabad told me over the phone that Sharif’s smartest move has been vis-á-vis the Pakistan Army, the proverbial bad wolf of the Pakistani State. In interviews before polling day, Sharif said he would let Army Chief Gen Ashfaq Parvez Kayani retire when his extended term ends in a few months. This was immediately hailed as a bold statement from a man who Kayani’s predecessor, Pervez Musharraf, had ousted in a coup d’état in October 1999. But in truth, it is in fact conciliatory towards powerful factions within the Pakistan Army, several of which are not in harmony with Kayani. A less-talked-about fact of the army is that it is uncharacteristically riven with factions for a variety of reasons, the analyst said.
The Pakistan Army is no more as sorted in its positioning as it was for decades as a bulwark of American geopolitical footprint in South Asia, a protector of sovereignty from a likely attack by India, and a mostly unified entity that ensured that the constantly quarrelling and immensely corrupt political classes did not pull down the State. This authority of the army, however, weakened considerably after Pakistan’s then ruler, Musharraf, joined America’s War on Terror following the 11 September 2001 terror attacks in the US. Musharraf turned Pakistan’s back on the Afghan Taliban as also on home-grown jihadi outfits that engaged Indian Army and other security agencies through proxy militancy in Jammu & Kashmir, the two-thirds of the northern region that Pakistan has claimed since it was carved out of India in 1947.
A conversation with a former army officer this week offered me the view that the Pakistan Army is struggling to reinvent itself and regain the pride of place it once had among ordinary Pakistanis, which it lost after it followed the State’s diktat in 2007 and launched real wars against the Islamic fundamentalists who were attacking Pakistan. Sharif knows that fellow Punjabis in the hinterland have disapproved of using the military option against the Pakistani Taliban, the TTP, not the least because most Pakistanis in the TTP ranks are from within Punjab and often blood brothers of the army’s soldiers. It is in this turmoil that Sharif wants to step in and reshape the army. 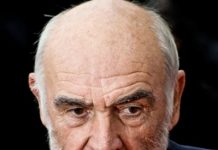 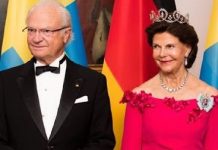 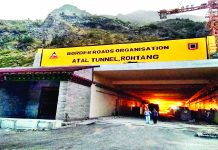