“The outgoing President leaves behind a legacy where the Indian Constitution was trampled upon umpteenth times. Be it scrapping of Article 370, CAA (Citizenship Amendment Act) or the unabashed targeting of minorities and Dalits, he fulfilled BJPs political agenda all at the cost of the Indian Constitution,”. Mufti tweeted..

She also slammed the government for forcing the people to hoist the national flag. She tweeted a  circular by the Chief Education Officer in central Kashmir’s Budgam, which called on students to pay for the Tricolour for the ‘Har Ghar Tiranga’ campaign.

“Unfortunately, a lower rung government employee who announced the diktat to hoist the Indian flag was fired and will bear the brunt of an atrocious order passed by higher-ups. Here is another directive asking students to purchase the national flag for ‘Har Ghar Tiranga’,” Mehbooba Mufti tweeted with an attached copy of the order. 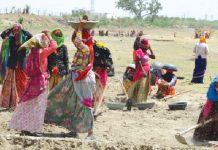