EDITED EXCERPTS FROM AN INTERVIEW
To what do you attribute this spectacular success of your political party, especially the fact that you did not have any politician in your ranks and it was truly an aam aadmi effort?
It is important to remember what this success is and what it is not. In numeric terms, we were merely the runner-up in Delhi. We had only 28 of 70 seats and just below 30 percent votes, which by itself is not spectacular. To be absolutely honest, our performance is a little lower than what I had expected, but what makes it spectacular is that it’s a moral victory and a political breakthrough. It is a moral victory because when people thought the right kind of things — white money, politics without caste-criminality- communalism — cannot win, AAP has succeeded. When people thought ordinary people have no chance in politics, AAP has succeeded. It is a political breakthrough, therefore, for a new kind of politics, for alternative politics.
What brought this about, above all, is the aspirations of the people. I wish to say emphatically that it is not a success of AAP as a political organisation. We were and we are a small organisation with fairly limited capacities, a limited number of persons — with very high spirits — but with little resources. The people in Delhi wanted a change. They did not want merely a substitute. They were looking for an alternative and we did a few things that brought us onto the radar. The people were looking for something and we managed to place ourselves in front of their eyes. They picked us up and they gave us this great opportunity. In a sense, we became instruments. In Sanskrit, there is a nice word, nimitta. We were just nimitta maatra (only a medium) of this change. We are not agents of this transformation.
You party is now very upbeat about its prospects at the Lok Sabha election. How much do you think your success in Delhi has prepared you for the plunge at the national level and how different would the national battle be from what you have experienced in Delhi?
The situation at the national level is in some ways the Delhi situation writ large, in the sense that the political opportunity is huge and our organisational capacity is truly very small and tiny. The political opportunity is big because ever since the results in Delhi came out, and especially after we formed the government, the response of the people has sort of bordered on the euphoric. There is a great upsurge from all quarters — Tamil Nadu, Gujarat, interiors of Odisha, villages in Haryana — everywhere there is this astonishing upsurge of interest, excitement and hope. After a very long time, there is hope being associated with politics.
At the same time, our organisational capacity is very inadequate in the face of this opportunity. Our organisation is bigger than what the media thinks it is. We created an organisational structure in 300 districts about a year ago, so we do have a presence. But I have no hesitation in admitting that our party organisation is not capable of handling the kind of upsurge, the kind of flood, deluge, which we are faced with at this moment, and, therefore, we are trying to increase our capacity. 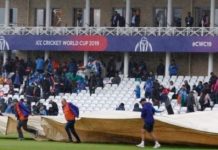