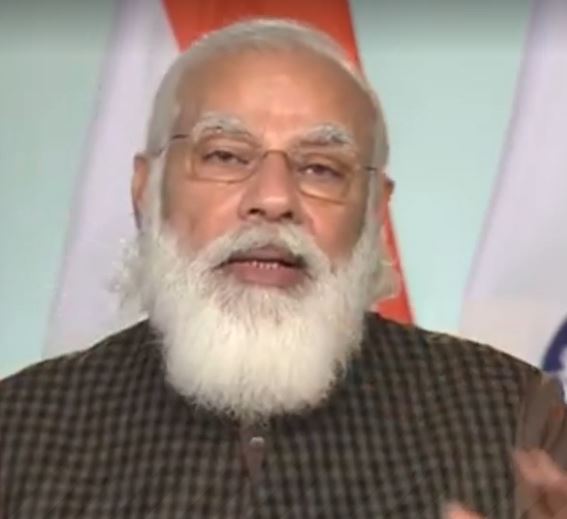 Prime Minister Narendra Modi on Saturday addressed the All-Party Meeting on the Budget Session of Parliament.

The Prime Minister paid tribute to Mahatma Gandhi on his Punya Tithi and said, “we must strive towards fulfilling his dreams.” He also condemned the desecration of Mahatma Gandhi’s statue in the USA this morning, saying that such an atmosphere of hate is not welcome for our planet.

On references made by the leaders on the unfortunate incident on January 26, the Prime Minister said that the law will take its own course.

Modi said that the government is open to detailed discussion on issues raised by the leaders in the meeting. He reaffirmed the importance of smooth functioning of Parliament and comprehensive debates on the Floor of the House. He added that frequent disruptions mean smaller parties suffer as they can’t express themselves adequately. He said that it is for the bigger parties to ensure that Parliament functions smoothly, there are no disruptions and thus, the smaller parties are able to voice their views in Parliament.

PM Modi highlighted the role India can play to further global good in many sectors. He referred to the skills and prowess of our people, which can be a force multiplier for global prosperity.