Opposition parties in Uttar Pradesh have raised their voices against a proposed legislation introduced by Chief Minister Yogi Adityanath, the Uttar Pradesh Control of Organised Crime (UPCOC) Bill, 2017, in the lower house during the recently concluded winter session of the state legislature.

Though the Bill is aimed at fighting rising organised crime, land grabbing, mining activities run by mafias or crime syndicates in the state, the Opposition feels otherwise. It is being apprehended that the real intent behind the Bill is to use it selectively as a tool to settle political adversaries by way of intimidating and suppressing voices of dissent and targeting religious minorities.

Having passed by the Vidhan Sabha, the Lower House of the bicameral state legislature, amid heavy protests, uproars and boycott by the Opposition parties, the Bill could not sail the test of majority in the Vidhan Parishad or Upper House as it was referred to the Select Committee to review its contents before putting it up for passing as a law. The controversial Bill has been prepared by and large on similar lines of the stringent Maharashtra Control of Organised Crime Act, 1999 (MCOCA).

The proposed law was tabled in the UP Assembly on December 20 for discussion, after it was approved by the State Cabinet a fortnight before that. It was passed just the next day amid pandemonium of aggressive protests and walkouts from the opposition benches. The UP government feels the proposed law would give it strong arms to combat organised crime but opposition parties have come together to disapprove it saying that it would be wrong to give unbridled blanket powers to the police that could undermine the constitutionally guaranteed basic freedoms to the citizens.

Terming the proposed UPCOC Bill as a “draconian law”, former chief minister and Samajwadi Party president Akhilesh Yadav opposed the Bill on the floor of the legislative council. “It has been brought to intimidate leaders of other political parties… First the CM said law and order would improve after encounters. But it only got worse in the last nine months. Now they are saying UPCOC Bill would improve it. This is just an eye wash to betray the people as they have miserably failed to control crimes and give good governance. Sufficient time of nine months has passed but they could not bring the propagated change. UPCOC Bill is not going to improve law and order,” Yadav said.

Bahujan Samaj Party (BSP) supremo and former Chief Minister Mayawati too echoed similar views and expressed her apprehensions. “UPCOC Bill will be used for the suppression of weaker sections of society including Dalits, poor, backward castes and religious minorities,” Mayawati said. Accusing the Adityanath government of already misusing various laws for communal and political reasons, she said that the UPCOC Bill, if passed, will only worsen the situation. “Laws are grossly misused in the state to the extent that any BJP worker walks up to a police station and the police register false cases against people,” Mayawati alleged in a statement in Lucknow, adding that she wanted that the Bill be withdrawn in public interest.

However, while opposing the UPCOC Bill brought by the BJP government, Mayawati conveniently forgot that during her governance the idea of separate legislation of UPCOC Bill was not just mooted but passed by both the Houses. Later, it could not become law as the then President of India did not grant his assent to such an Act which could abridge fundamental rights under the Constitution of India.

Some of the crimes defined under the UPCOC Bill are — land grab (government and non-state property), illegal mining, manufacture and sale of illegal drugs and illicit liquor, bribes, money laundering, wildlife smuggling, extortion, abduction syndicate, hafta collection, contract murder, conspiracy to murder and white-collar offences. It has also enlarged the scope of its operation to cover various offences covered by other enactments legislated by Parliament.

The Bill says that whoever conspires or attempts to commit or advocates, abets or knowingly facilitates the commission of an organised crime or any act preparatory to organised crime, shall be punishable with imprisonment for a term which shall not be less than seven years but which may be extended to life imprisonment along with a fine of minimum 15 lakh.

Human Rights Advocate Mohammad Shoaib, chief of Rihai Manch, an organisation that provides legal assistance to people from the minority community who are falsely implicated in terror cases, said that by introducing this “draconian” Bill, the government is trying to “curb the voices of dissent”. “In addition to other objectionable provisions, shifting the burden of proof from the prosecution to the accused to prove his or her innocence makes the proposed Bill draconian like TADA and POTA,” he added.

Expressing apprehensions about its misuse by bringing the media under the scope of the Act, Shoaib said, “It is meant not only to persecute the opposition but also to harass media and prevent it from writing about the dark corridors of crime. This is an attempt to put a gag on the media. Complicating the procedure for the accused to meet relatives and associates is clearly a violation of his or her basic human rights.”

Speaking against opposition to the UPCOC Bill, a senior government spokesperson told Tehelka that the Bill has enough provisions to check misuse. He said that cases under the proposed UPCOC Bill would be filed only after the approval of a two-member committee comprising the Divisional Commissioner and a DIG-rank officer, whereas permission of the IG, Zone, will be required before filing the charge sheet. He also said that assets would be taken over by the state with the permission of the court and a Special Court would be constituted for hearing cases under the proposed law which proposes a state-level organised crime control authority.

After the Yogi Adityanath government came to power in Uttar Pradesh with a promise to improve law and order, encounter killings appear to have been taken up as part of a new strategy to combat growing crimes and criminals. As per data released by the state government citing its achievements on completing six months of assuming power, more than 431 encounters have been carried out, which roughly means one encounter happened every 12 hours. The UP Police said that between March 20 and September 18, 431 encounters took place in the state wherein 17 criminals were killed. Two policemen died and 88 were injured. About 1,106 criminals were sent behind bars.

The Chief Minister recently said, “Criminals will be jailed or killed in encounters.” Taking suo moto cognizance of the chief minister’s comments, the National Human Rights Commission issued a notice to the UP Chief Secretary calling for a detailed report on the matter.

“The Government of Uttar Pradesh is allegedly endorsing killings in encounters by police for seeking improvement in law and order situation in the State,” NHRC said in a statement. “NHRC also observed that even if the law and order situation is grave, the State cannot resort to such mechanism, which may result in the extrajudicial killings of the alleged criminals. The reported statement of the Chief Minister is tantamount to give police and other State governed forces a free hand to deal with the criminals at their will and, possibly, it may result into abuse of power by the public servants.”

“It is not good for a civilized society to develop an atmosphere of fear, emerging out of certain policies adopted by the State, which may result in violation of their right to life and equality before the law,” added the NHRC statement.
The Opposition has questioned the number of encounters cited by the government. The Samajwadi Party, which was voted out by the BJP in the assembly elections held in March 2017, has called it a “dangerous trend” to use encounters as a “yardstick to maintain law and order in UP.” “The officer on the ground is under pressure to add to the statistics and present them before the government and that is very worrying,” a Samajwadi Party spokesperson recently told media persons.

Defending the severe attack from opposition parties over the controversy with regard to possibility of misuse of the UPCOC Bill against its political adversaries and the media, Uttar Pradesh Deputy Chief Minister Dinesh Sharma told Tehelka, “The Bill has enough provisions to check its misuse. We have proposed a three-tier system of monitoring at the District, Regional and State levels to check its abuse unlike Karnataka where no safeguards were provided. The BJP government has devised a thorough procedure to charge sheet against only those who have criminal history. The whole idea behind the proposed legislation is to define organised crime that brings conspirators, protectors along with executors of crime under its ambit”.

Sharma vehemently denied the growing perception of misuse of the proposed law against the media, saying, “A free press and media is an important organ of our democracy and our government respects it. We protect impartial journalism.” 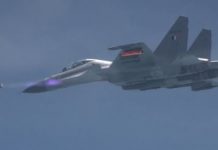 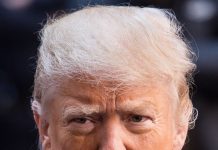