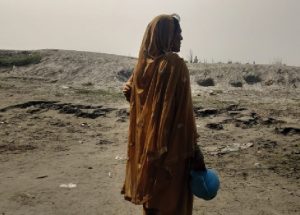 The day breaks every day for Seema (27) much ahead of the dawn time. No, she is not an early riser, but if Seema doesn’t reach the only latrine available in her jhuggis before everyone queues up, she will have no choice but to defecate in the jungle or a nearby field.

“I hate that feeling of defecating in open but do I have a choice of a latrine?” asked Seema.

Seema, who lives in the congested Kisan Colony slum located near Kashmiri Gate, Delhi, says that she and her family have never seen a clean toilet. Unfortunately, there is only one mobile toilet van for more than 500 slum dwellers of Kisan Colony. The single toilet van that stands in the slum today was installed only two months ago in 16 years, claims Seema. The toilet is in the extremely poor condition for use as it lacks in cleanliness and water supply.

“We have only one toilet here for hundreds of people, how is this even possible to wait for several minutes when nature calls?” Seema asked me with an expression of annoyance before continuing, “Jab tak number ayega, sab nikal jayega (It would be too late for you to control by the time you have your turn). That is why I have set up a timetable for myself.”

For 25-year-old Neelam, walking 300 meters daily away from her jhuggi to spot a clean location for relieving herself is a herculean task as the fields are strewn with faeces. She would curse herself every time she has to relieve in the evening as men would loiter in the dark and watch them while they defecate.

“Some men would stand on the flyover to watch us shamelessly while we are defecating in the open. They won’t be off until we are done. These men are not from our Kisan Colony jhuggis, otherwise, we would have taught them a lesson by now,” says Neelam with angst.

Talking further to this reporter, Neelam says, “The politicians have visited our jhuggis a dozen times and seen that there is an urgent need of 10-12 toilets, which they promised to us in return of our votes. Where are these toilets?”

The reporter then asked, “So, will you vote..?” Before I could finish my question Neelam quickly intercepted, “No. First give us (to politicians) toilets, improve our living condition then come and ask for votes.”

Here, Ali is quite hopeful that this time, he and his people from the bastis of Yamuna Khadar will eventually get permanent lands or houses. Recently, as Ali shares, some BJP volunteers took signatures from the basti people on a form that read that they will be given either permanent lands or houses of their own. “The final announcement will be declared in the upcoming two months. Fir to ghar ke saath sabko apna latrine bhi mil jayega (Then we will have our own latrine with the housing). Otherwise, no vote,” says Ali while sipping his tea sitting on his charpaya (knitted wooden bed).

Even Surender is clear who to vote and why. “The party that will provide us permanent lands, houses, latrine for women and electricity will get our support.”

This is the new dream that politicians of Delhi are selling off to the slum-dwellers. With the Assembly election round the corner, parties are promising permanent lands and toilets to woo these small-time farmers living in jhuggis across the city. Thousands of homeless voters scattered across Delhi are bereft of their basic rights to live with dignity that includes access to sanitation and clean toilets.

The Modi government had launched the ambitious Swachh Bharat Mission on October 2, 2014, to improve the conditions of sanitation in the country. On October 2 this year, the Prime Minister declared that the stated aim of 100 percent open defecation-free India had been achieved.

“I am satisfied that on the occasion of Gandhi at 150, we are witnessing the fulfilment of his dream of ‘Swachh Bharat’. I feel lucky that on this occasion, when India has successfully stopped open defecation, I’m here at the ashram,” the statement by Prime Minister’s recorded in the visitor’s book at Sabarmati Ashram read. He said the world had been impressed by India’s success on open defecation-free front, and were giving awards to the country.

“In 60 months, 600 million people have been given access to toilets, more than 110 million toilets have been built. The whole world is amazed to hear this,” he said.

Talking about India’s capital state Delhi, the sanitation and cleanliness remain the worrying issues in areas such as the slums and unplanned colonies. The Delhi chief minister, Arvind Kejriwal had set a target of making Delhi Open Defecation-Free (ODF) by March 31, 2018, however, that target couldn’t be met.

The Delhi government was rapped by CAG, when in April 2018 it tabled a report in the state assembly claiming that the AAP government had not constructed a single toilet under the Swachh Bharat Scheme since its inception in October 2, 2014.

The Arvind Kejriwal-led government had promised to build two lakh toilets in Delhi once they come into power. The report stated that state government had not given the much ambitious scheme much importance. Fast forward to 2019, the situation on the ground doesn’t look that good even today.

A question asked on 20 December, 2018 in Rajya Sabha to the Ministry of Human Resource Development on the number of school toilets constructed under Swachh Bharat: Swachh Vidyalaya for Delhi state revealed the figure to be zero. The number of public/community toilets built by the Delhi government up to November 2018 is 19202, as revealed by the Ministry of Housing and Urban Affairs in Rajya Sabha. The figures are far from the actual requirement for the capital.

Though the Delhi government has been building significant number of community toilets, the cites the reason of unprecedented population rise as the reason for missing its target. Delhi has some of the biggest slums in the country and maintaining cleanliness and sanitation is a colossal task according to the government here. Almost about 40 percent of Delhi’s slum population continue to defecate in the open, according to reports.

At present, there are 22,000 public toilets across Delhi (including toilets in slums and jhuggis) which are monitored under Delhi Urban Shelter Improvement Board (DUSIB), says Anil Kumar Gupta, Member expert, DUSIB Gupta agrees that Delhi is far behind from becoming ODF and points out two reasons for their failure to reach the target: “One, overpopulation. Illegal occupancy by people is growing invariably on vacant lands across Delhi-NCR which cannot be overlooked. There are over 5,000 small-time farmers living illegally on the floodplains of Yamuna Khadar, out of which about 50% are Delhi voters. There you won’t find a single toilet and everyone defecates in the open. The other reason is the lack of education on sanitation, which the AAP Government is working on. We are trying our best to make the Capital ODF. AAP Government is making toilets free for public use.”

In 2016, ActionAid Association had conducted a survey of 229 public toilets in Delhi and found that 71 per cent of them were not cleaned regularly. Two of three surveyed toilets did not have separate provision for women, and majority of those that existed did not have a flush, running water or the facility to wash hands.

Adding further, Kazi says, “In Delhi, the multiplicity of bodies responsible for public and community toilets make it difficult for civil society organisations or communities to monitor them. It would need concerted and collaborative effort on the part of city administrations, empowered communities and collectives of informal workers to make Delhi truly an open defecation free city.”

“We went door-to-door in the slums of Kashmiri Gate and Okhla and found that people don’t want to defecate in the open, but they don’t have adequate toilets. The slums are overpopulated and the toilets are scarce. And, slum dwellers cannot build their own toilets because there is no mechanism of safe disposal of household faeces into the drains. Though the concept of ODF has become a movement, there is a long road ahead,” says Satya P Mishra, Health and Safety Office, The Hamdard The Helping Hand.

For 11-year-old Neha and her two female friends, the pavements of Nehru Place are their home now where they live with their parents, who earn their livelihood through begging. These girls never go without each other to relieve themselves as it’s “safer together” in the evenings. Sometimes, they would walk 250-300 meters to nearby parks, underground parking spaces or dark alleys of commercial buildings when the public toilets are overcrowded.

These scenarios are quite common across the national capital. Other places like Kalkaji, Okhla, Jangpura, Kashmiri Gate, areas of Lal Quila, etc. struggle for the lack of sanitation facilities. The truth is after decades of incremental development; Delhi has failed to provide such basic facilities to the homeless people living in the city. Besides, homeless people are citizens too, if they haven’t got toilets yet, how can India be declared an open defecation-free nation? 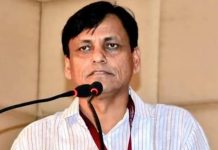