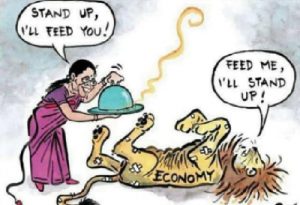 In the aftermath of Prime Minister Modi’s address to the nation on May 12, announcing stimulus package of 20 lakh crore to deal with the challenges posed by Covid-19 pandemic, Union Finance Minister Nirmala Sitharaman in her daily interaction with nation’s financial media for five consecutive days has provided the break-up of the stimulus package.

On the very first day of its announcement, the whopping sum of 20 lakh crore of the stimulus package, accounting for 10 per cent of nation’s GDP, appeared very lucrative and some dubbed it as a panacea to do away with India’s economic ills; nevertheless, the devil lay in its details.

Undoubtedly, Modi’s address to the nation on May 12 that envisaged the stimulus package outlining emphasis on 4Ls — land, labour, liquidity and laws — with the promise of dealing with such sectors as cottage industries, MSMEs, the working class, the middle class and industry, was amply rich in rhetoric; nonetheless, its application at the ground level is yet to be seen. Another highlight of this address was its emphasis on empowering the poor, labourers and migrant workers, both in the organized and unorganized sectors. Known for coining new slogans, Modi projected his stimulus package as part of Atmanirbhar Bharat Abhiyaan (Self-reliant India Campaign) to make India self-sufficient in all fields so that any other crisis that may emerge in near future could be efficiently tackled.

Modi’s announcement of stimulus package evoked mixed reactions. His supporters hailed the package while his detractors have been critical of this move. Most people who had expected Modi to dwell on how his government was going to handle the unprecedented situation created by Covid-19 pandemic and for an exit strategy were dissatisfied with the tone and tenor of his May 12 address, keeping in view the serious dimensions being assumed by Covid-19 pandemic.

There had been an alarming spike in the number of Covid-19 infected cases since the nation went into lockdown on March 25, surging from 564 cases to 70, 756 cases on May 17, with over 2, 293 having died of the disease. With Lockdown 4.0 on, there has been no respite in the number of new infected cases. With half of India’s 733 districts remaining in the red and orange zones where bulk of restrictions in movement will rule the roost and these districts accounting for nearly half of country’s GDP, the likelihood of economic revival is very bleak.

Some experts have opined that rather than addressing issues of immediate concern like containing the contagion and salvaging the plight of the poor and marginalized population by making direct cash transfer to their accounts to enable them make their both ends meet, Modi offered utopian rhetoric much of which is subject to debate. Reacting to Modi’s speech of May 12, one senior Congress leader tweeted: “The prime minister did what comes to him best, Maximum Packaging, Minimum Meaning. It was a case of classic NAMO: No Action Messaging Only.”

Modi government’s handling of the Covid-19 pandemic crisis has more been motivated by politics and bereft of long-term strategy and statesmanship. When Covid-19 was entrenching its roots on Indian soil with first infected case being reported on January 30, Modi government was busy in pampering US President Donald Trump by hosting Namaste Trump, letting communal riots take place under its very nose in the national capital, busy in bringing the downfall of Congress Government in Madhya Pradesh to install BJP government and horse-trading of MLA in Gujarat to manipulate Rajya Sabha seat. Even Parliament session was prolonged and promulgation of Lockdown 1.0 was effective from March 24, only after its political machinations had succeeded in Madhya Pradesh.

Of the 20 lakh crore of the stimulus package, earlier relief measures amounting to 1, 92, 000 crore and an amount of 8, 01, 603 crore allotted by the Reserve Bank of India previously are also included in this new package. The first tranche of the package announced on May 14 comprised 5,94,550 crore and a bulk part of it, 3 lakh crore was allocated for the MSMEs as collateral-free loan to enable 45 lakh units to start work and save jobs. Other small allocations were for non-banking lenders, liquidity relief for employees, and liquidity relief for power Discoms etc. Nevertheless, many in the MSME sector are seemingly not happy as they have not received any direct financial support. Concurrently, some experts are critical of this move by the government because it relies more on easing of credit facilities and moratoriums on loans rather than infusing hard cash benefits directly to the needy.

The third tranche of 1, 50, 000 crore comprised steps for farmers and such sectors as food processing and allied activities. The fourth and fifth tranches comprising 48, 100 crore, emphasize on self-reliance by focusing on coal sector, minerals, defence production, civil aviation, space sector and atomic energy.

While objecting to fourth tranche of the economic package, Bhartiya Mazdoor Sangh (BMS), an affiliate of the RSS, has stated that Modi government was moving in wrong direction and lacked sound ideas. In a statement, the BMS said that corporatization and public private partnership (PPP) were routes to privatization and “foreignization”.

Modi’s stress on self-reliance by according more emphasis on home-grown model of economic growth is seeming addressed to assuage apprehensions of his detractors, if any, in the RSS. Admittedly, self-reliance vision has been an integral part of the BJP’s ideological moorings as well as buzz word with the RSS; nonetheless, some observers opine that Modi government’s Swadeshi tag is cover to pre-empt resistance from Sangh Parivar over some of the bold reforms proposed in his May 12 address.

Coming months will be testing time for the Modi government as to how it reconciles to the situation by carrying forward his agenda of economic reforms and keeping RSS in good humour as well.

Given the current state of affairs pervading India economy that is predicted to record negative growth during the remaining part of 2020 and even in the second quarter of 2021, it is to be seen as to how far this stimulus package succeeds in bringing the derailed economy back on the track. The migrant workers who constitute the backbone of nation’s economy are already placed in a miserable plight and there is nothing in the stimulus package to enable them to meet their dire needs instantly.

Concurrently, the MSME sector which is already in shambles has not been offered any direct cash incentive to rebuild itself and very partly segment of this sector is expected to avail of credit facilities to galvanize the economy. With saddening economic data, unemployment at its zenith and the havoc wreaked by Covid-19 pandemic, prospects of economic recovery in the immediate near future seems a far cry at this juncture. Besides, the current economic stimulus package is unlikely to generate demand.

Buck passed on to states

Interestingly, Modi government has shirked from shouldering the responsibility of either aptly managing the Covid-19 challenge or bearing the brunt of meeting aspirations of the migrant workers and rather has passed on the buck to the states without meeting demands of many states in providing them with  fiscal help to meet the challenge. Repeated requests by the states to refund their GST share have not been met.

Coffers of the state government have been emptied during this Covid-19 crisis and they have been entrusted with additional burden of upscaling the testing and meeting the requirements of the migrant workers returning to their respective home states. Even the BJP government at the Centre has been accused of using Covid-19 crisis to implement its political agenda of destabilizing the state governments in Madhya Pradesh and West Bengal.

Modi government since at the helm of affairs for the past six years now, has failed to harness national human capital. Instead of opening up new vistas of opportunities of providing employment to the young population, the rate of unemployment within the country has reached its pinnacle since country’s independence. A concrete and clear-cut long-term vision supported by well-concerted planning based on ground realities is the dire need of the hour. Present policy of ad-hocism, as seen in the demonetization and even imposing Lockdown 1.0 to 4.0 without corresponding measuring addressing the plight of migrant workers and the MSMEs is unwarranted at this stage. If need be, amendments can be made in the stimulus package to address the problems of migrant workers as well as MSMEs. Otherwise, there is no magic wand to tone up the health of ailing economy. 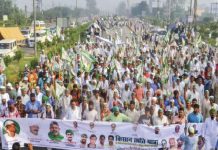 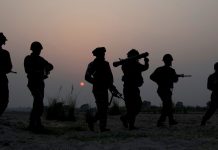