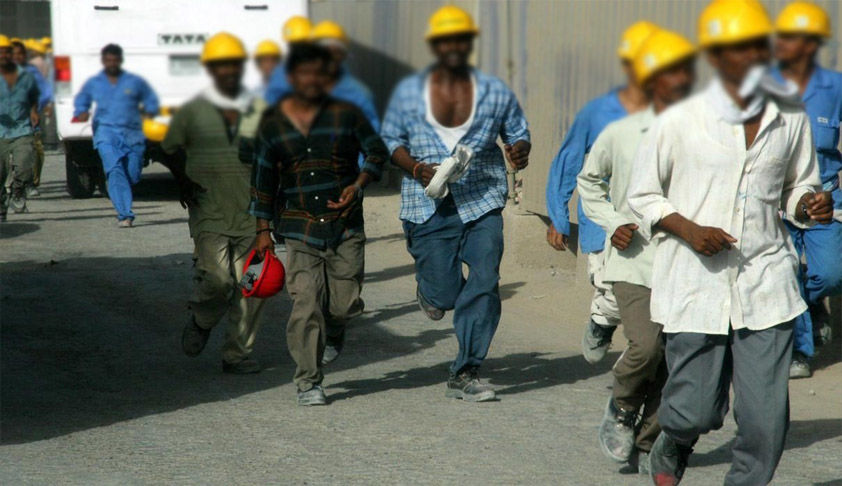 Dr Harvinder Kaur, Assistant Professor, SD College Ambala says that about 90% of people work in the informal sector in India. Only 4% of the employed population works in formal sector, having job security and pension. In informal sector there is no job security and the fear of hire and fire is like a sword on the worker’s neck whether he is skilled or unskilled. In all economies, the informal sector is bigger than the formal sector. Because of overpopulation and lack of industrialization, job insecurity is much more in India and the conditions are not going to improve in the near future until and unless government is not going to take progressive steps to induce self-employment among Indian youth, she added.

In an interview with ‘Tehelka’, Economist Dr Harvinder Kaur talks current status of the unemployment rate in Haryana and India; how unemployment rates affect everyone among others, Excerpts from the interview: 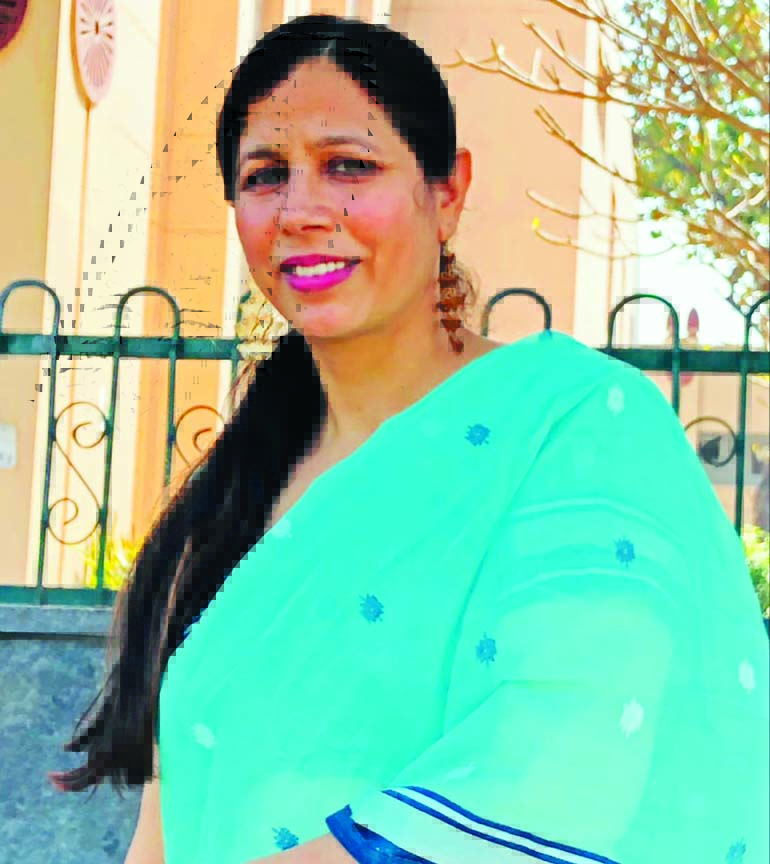 1. What is the current status of the unemployment rate in Haryana and India?

The unemployment rate in India in January 2022 fell sharply to 6.57%, according to the data from the Centre for Monitoring Indian Economy (CMIE). Haryana witnessed the highest unemployment rate of 23.4% in January 2022. It was followed by Rajasthan (18.9%), Tripura (17.1%), Jammu & Kashmir (15%) and Delhi (14.1%). Telangana recorded the lowest unemployment rate in January at 0.7%. This was followed by Gujarat at 1.2%, Meghalaya at 1.5%, Odisha at 1.8% and Karnataka at 2.9%. In the month of April 2021 too, Haryana had reported the highest rate of unemployment in the country. The unemployment rate was reported to be 35.1% for April 2021 and 29% for the month of August. Other states like Rajasthan, Delhi, and Goa have unemployment rates above 25%. Overall, India’s unemployment rate stands at 8% on 12 August 2021, with Urban unemployment of 10.2%. Nearly one-fourth of Haryana’s workforce employable over the age of 15 was jobless at the end of 2019. Educated people in the urban areas took a bigger hit, the CMIE found.  Around 20 lakh people are in the state who are willing to work but are unemployed. The national average was 6.9 per cent. In urban areas, more than 23% of the workforce was without any employment compared to 21% in rural areas, and age-wise unemployment distribution shows, that fresh graduates and drop-outs in their early twenties are the job seekers. Analysis of unemployment also found a huge gap between the genders, while 18% of the male workforce was found jobless and at the same time, about 66% of employable females were jobless.

2. How is the unemployment rate calculated?

We can measure unemployment on a weekly, monthly and yearly basis. There is a certain type of unemployment according to prevailing conditions in an economy as disguised unemployment, seasonal, voluntary, frictional, structural unemployment etc. Generally, full employment is described as the absence of involuntary unemployment. If a person is an unemployed voluntary then that person is not considered unemployed. If a person is ready to work at a given wage rate at a given time then he is employed but sometimes people are ready to work at a comparatively low wage rate then this situation is called underemployment and at the same time, they are paid less for the same work.
Labour participation rate is the ratio of the labour force to the population greater than 15 years of age. The unemployment Rate is the unemployed who are willing to work and are actively looking for a job expressed as a per cent of the labour force.
Maximum females are unpaid family workers. It also states that there is a wide gender disparity, with only 18.4 per cent women participating in employment activities compared with 57.3 per cent of men

3. How do unemployment rates affect everyone?

An educated unemployed person is the biggest danger for the security of a nation. It will increase corruption and social evils like robbery, cheating and will decrease the moral values of the population of a nation. It can increase terrorism in the economy.  When workers are unemployed, their families lose wages, and the nation as a whole loses their contribution to the economy in terms of the goods or services that could have been produced.Unemployed workers also lose their purchasing power, which can lead to unemployment for other workers, as the spendings of a person are the income of another, creating a cascading effect that ripples through the economy. In this way, unemployment even impacts those who are still employed.

4. Do you think unemployment has become a huge problem for Haryana and India?

In fact, the other way around is that the unemployment rate is increasing in Haryana and it is among one of the wealthiest and most economically developed regions of India, then what are the reasons for this contradiction. Unemployment is Perhaps the biggest problem Haryana facing today.  The major reason behind this problem is, as Haryana is basically an agrarian economy and more people are engaged in agriculture fields than required (disguised unemployment), as they don’t want to leave their comfort zone until and unless they got any govt. job. The second major reason is that technical education institutes have mushroomed all over the state, but the quality of education is low. We need more professional course institutes and technical education institutes to make our youth skilled and qualified workers. We were in need of an employment generation strategy to combat the high unemployment rate. Government have to plan a technical education strategy so that the supply of quality workers should be according to the demand of industries. Moreover, industries should be decentralized so that people get work near their hometowns.  Out of total unemployed,2 to 2.5 per cent are those who remain unemployed for a brief period, eg. while changing jobs or for a few months after completion of their graduation. About 8 to 9 per cent are in the category of seasonal and disguised unemployment. A huge percentage are unemployed because of the factors impacted by the COVID and lockdown situation which can be overcome in the near future if govt. will make a perfect strategy to regenerate employment.

5. India’s jobs crisis is more serious than it seems. What is your assessment ?

Because of the lack of employment opportunities the youth of India prefers to go overseas in search of employment. The brain drain will be the biggest threat to the Indian economy (The third-largest economy in the world) because of unemployment. There are a number of measures that the Indian government is taking to plug the brain drain, such as prioritising skill development through its National Skill Development Mission which aims to train approximately 400 million people across the country by 2022. But this won’t be able to stop the movement completely. The urgent need is to first understand what is compelling people to leave India. There are a lot of questions we need to ask ourselves as a country. The questions about the quality of life, employment opportunities, social structure, financial and social security, development, gender equality, freedom in all walks of life. Do we have them all? Because if even one goes a miss, the yearning to break free and seek it in a different country will keep compelling many Indians to leave India.

6. Is India’s unemployment situation going from bad to worse ?

About 90% of people work in the informal sector. Only 4% of the employed population works in formal sector, having job security and pension. In informal sector there is no job security and the fear of hire and fire is like a sword on the worker’s neck whether he is skilled or unskilled. In all economies, the informal sector is bigger than the formal sector. Because of overpopulation and lack of industrialization, job insecurity is much more in India and the conditions are not going to improve in the near future until and unless government is not going to take progressive steps to induce self-employment among Indian youth.
7. Why is India’s unemployment rate rising sharply? Explain

Unemployment in India mainly refers to educated young people looking for jobs in the formal economy – although the informal economy employs 90% of the workforce and generates half the economic output.”Unemployment is a luxury which the educated, relatively well-off can afford. Not the poor, unskilled or semi-skilled people,” said Radhika Kapoor, a labour economist.The more educated the person is, the more likely it is they’ll remain jobless and unwilling to take up a low-paying informal job. On the other hand, the poor who have little access to education are compelled to take up whatever work comes their way.So, unemployment numbers don’t reveal much about the total supply of workers in the economy as a whole. Three-quarters of India’s workforce is self-employed and casual, with no social security benefits. 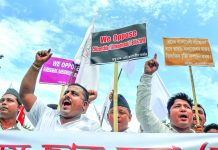 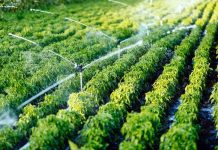 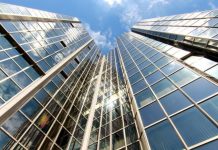