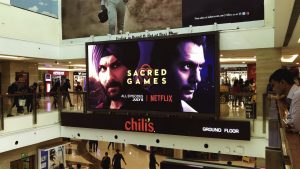 The Supreme Court has asked for the Centre’s response on a plea seeking guidelines to regulate the functioning of online media streaming platforms like Netflix and Amazon Prime Video which display “uncertified and sexually explicit” content. A bench of Chief Justice Ranjan Gogoi and Justice Sanjiv Khanna issued notices to the ministries of broadcasting, law and communications on an appeal challenging the February 8 order of the Delhi High Court order which had dismissed it, media reports said.

The high court had rejected the petition by NGO, Justice For Rights Foundation, after the Ministry of Information and Broadcasting had informed it that online platforms are not required to obtain any licence from it. The plea, filed through advocate H S Hora in the apex court, said these online web platforms are functioning in India without obtaining licence which has been admitted by the ministries concerned in their affidavit filed before the high court on February 4.

“The said online platforms are displaying unlicenced, unregulated, uncertified content and collecting subscription amounts from Indian consumers whereas the content telecasted on the online platforms is illegal to the extent that certain movies banned under the provisions of the Indian Cinematograph Act and not even passed by the Central Board for Film Certification but are allowed to be telecasted for the general populace by bypassing the law of the land,” the plea said.

It added that due to lack of any licence or regulating body, the respondents via their inaction are creating a special class of broadcasters and therefore discriminating against the customers, regular movie producers, Cable-TV operators and D2H operators. “The impugned judgment of February 8 (of high court) only presents the petitioner with remedies that are available after the content has been broadcast, however, the petitioner had also raised the contention that such content must be certified by a certifying body as the content on these web platforms is broadcasted for consumption of general public,” the plea said.

The high court had not issued notice on the NGO’s petition but had only sought the government’s response on the plea which had also alleged that the online media streaming platforms show “uncertified, sexually explicit and vulgar” content. In its plea in the high court, the NGO had claimed that online media streaming platforms, that also include Hotstar, show content which is “unregulated and uncertified” for public viewing.

The plea had claimed in the high court that television series like Sacred Games, Game of Thrones and Spartacus, shown on platforms like Netflix, contain “vulgar, profane, sexually explicit, pornographic, morally unethical and virulent” content which often “depict women
in objectifying manner”.

Earlier, the Central government had told the Delhi High Court in February this year that online platforms like Netflix, Amazon Prime Video and others are not required to obtain licences from the government to run their programmes. “Online platforms are not required to obtain any licences from the Ministry of Information and Broadcasting and the content on online platforms is not being regulated by this Ministry,” the Centre had told a bench of Chief Justice Rajendra Menon and Justice V. Kameswar Rao.

The court was hearing an NGO, Justice for Rights Foundation, plea filed by advocate Harpreet S. Hora who has sought laws or guidelines for regulating vulgar and sexually explicit content available on these platforms. The petitioner had told the court that a complaint with the police has already been filed but no action has been taken. The court asked the petitioner to seek appropriate remedies on his complaint.

The court had also dismissed the plea which has sought removal of vulgar and sexually explicit content from online platforms like Netflix, Amazon Prime Video and others. The petitioner said online platforms offered vulgar, sexually explicit, pornographic, profane, virulent, religiously forbidden and morally unethical contents in order to attract more subscribers and generate profit. The NGO had alleged that most of the content available was in violation of the Indian Penal Code and the Information Technology Act.

Netflix, meanwhile, is testing a 250 monthly subscription for mobile devices in India, the video streaming giant said, aiming to boost its presence in a price-sensitive market where data consumption on smartphones is surging. California-based Netflix currently offers three monthly plans in India, ranging from 500 to 800, but those are still expensive compared with similar offerings from rivals.

Earlier there were reports that Netflix will test a lower-priced version of its film and television streaming service in some markets to boost sales. The company hasn’t committed to lowering prices anywhere, but does want to experiment, a Bloomberg report had quoted Chief Executive Officer Reed Hastings as saying. He, however, didn’t specify when or where the test would be conducted.

A lower-priced offering would be a departure for Netflix, which has maintained or raised prices in major markets as it adds content and invests in local productions to draw subscribers. While the company alluded to experiments with cheaper subscription deals in a conference call last month on its earnings, this is the first time Netflix has said it will test a lower-priced tier in some markets.

Netflix offers subscriptions at three price levels, and doesn’t plan to lower that of its cheapest tier. Instead, executives are formulating an alternate version of the service, or a fourth tier, that will have different features and cost less. Netflix streaming first gained traction in the US by offering a buffet of TV shows and movies for a fraction of the cost of pay-TV, encouraging millions of people to cancel their cable and satellite subscriptions–also known as cord-cutting. Now, the world’s largest streaming service is looking for growth in countries where per-capita income is significantly lower.

Prices vary a bit by territory, and the cheapest US plan is about $7.99. Many in Asia, including PCCW Ltd.’s Viu, offer a free service and a paid service, with the latter typically priced between $2 and $5 a month. “Leaving prices where they are, we are a very premium service,” Todd Yellin, Netflix’s vice president of product.

Netflix, the world’s largest streaming service with more than 130 million subscribers, is looking to Asia as fertile territory for new customers after entering the region three years ago. The company announced 17 new shows from five Asian countries at an event last week in Singapore, where it hosted more than 100 journalists and social media influencers from across the region.

The service is developing more than 100 film and TV projects across India, Korea, Japan, Thailand and Taiwan and has set up a local headquarters in Singapore. It is also looking to hire in Seoul, Tokyo and Mumbai. Still, growth has been slow in the region. The company has yet to amass 2 million subscribers in any country, according to estimates by Media Partners Asia. Hastings said Netflix could attract as many as 100 million customers in India alone.

The most popular video service in Asia, and the world, is Alphabet Inc.’s YouTube. A bottomless repository of free videos, YouTube has added hundreds of millions of users as access to cheap, high-speed internet has spread across the region. “At what point do these guys start saying we need to change our pricing,” Vivek Couto, executive director of Media Partners Asia, a consultancy, was quoted as saying by Bloomberg. “He’s not going to get 100 million subscribers in India with the current strategy.”

In India, Netflix offers subscriptions at 500 a month, 650 and 800. Star India’s Hotstar Premium streaming service, by comparison, sells for 199 a month. Hastings reportedly said he isn’t too worried about local competitors, nor is he trying to be as ubiquitous as YouTube. In India, for example, the company is targeting the 100 million or so people who speak some English, and earn enough money to afford a video service like Netflix. 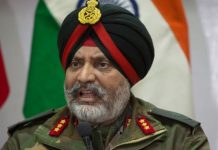