One terrorist was killed on Tuesday when an encounter broke out between security forces and terrorists in Jammu and Kashmir’s Budgam.

According to the information, security forces are carrying out the operation at Chrar-i-Sharief area of Budgam, following a tip-off about the presence of terrorists in the locality.

Earlier the Kashmir Zone police had tweeted, “#Encounter has started at Chrar-i-Sharief area of #Budgam. Police and security forces are on the job. Further details shall follow.” 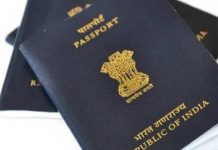