When we left the Mumbai underworld at the end of Milan Luthria’s Once Upon A Time In Mumbaai, Shoaib Khan had the world at his feet. In Once Upon A Time In Mumbaai Dobaara!, the atrociously named sequel, Shoaib has suffered the singular misfortune of metamorphosising from perennially-scowling Emraan Hashmi to occasionally-menacing-but-mostly-gawking Akshay Kumar, even if he has risen to international gangsterhood. What good is an underworld empire if the best you can do to intimidate somebody is awkwardly deliver a line of dialogue that could only have been written by a little copywriter who was banished to his little office and asked to come up with 100 punchlines before dinner?
There is, true, a magnetism to Shoaib that Hashmi wouldn’t have managed, but the film’s obsession with being larger than life hurts its purpose of telling a simple story, which ends up looking thin. The impact of the dialogue, even Shoaib’s unapologetic embrace of his dark side — “Hero marne ke baad swarg jaata hai… aur villain jeete ji swarg paata hai” — is lost by repetition, and the inane catchphrases do for character development what inane catchphrases always do, reducing the protagonists to the familiar trite archetypes that the first movie at least ostensibly tried to steer clear of: Shoaib is the power-that-is, with the attendent hubris, while Aslam (Khan) is the young up-and-comer with a heart of gold.
Which would have been fine, if the film was even attempting to comment on the changing nature of the underworld under Dawood Ibrahim. An old way of life ended when control over Mumbai was centralised, but Luthria isn’t concerned with anything but setting his two alpha males up for the final confrontation. There is none of the philosophising of the first film, none of the subtlety either: Luthria sets up the climax through the wonderfully original device of throwing a woman in to raise the stakes, complete with the wonderfully original casting of Sonakshi Sinha (who, to her credit, delivers a fairly solid, if stolid, performance). Sinha’s Jasmine Mirza, whose arrival on the scene is marked with so much foreboding that Luthria might as well have used large, blinking signs saying “PLOT DEVICE!”, charms both Shoaib and Aslam in what Rajiv Masand rightly calls “the laziest love triangle you could possibly imagine”. It so easily slips into the groove that the saheb-biwi-gangster love triangle follows, that for the most part you’re wishing it is all a hoax, that Jasmine isn’t just a naïve girl who thinks the notorious gangster who rigged the pointless ‘Sankalp Best New Face’ award for her looks at her with a platonic, avuncular eye. It isn’t suspension of disbelief if even the actors are doing it.
Knowingly or not, Once Upon A Time In Mumbaai Dobaara’s protagonists play out the oldest Bollywood gangster story there is. To some extent, it is even compelling, mostly because the difference in personal styles, however artificial, suggests something better than the obvious conclusion it meanders towards. This difference is accentuated by the lead actors’ inability to turn in anything resembling a convincing performance. While Kumar’s general bumbling nature combined with the dialogue he’s made to deliver makes him sound like something out of a Kanti Shah film, Khan’s gangster act resembles nothing more than a fish out of water. Thankfully, he is a better lover than fighter, and is fairly passable by the end.
Unlike the juvenile and scatterbrained Chennai Express, this week’s monument to mediocrity is, thankfully, a more mature film. But like last week’s atrocity, OUATIMD! is too obsessed with how it looks and sounds to have any sort of substance. 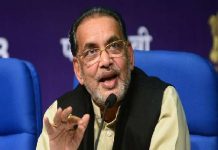