Shooting from other’s shoulders
Global experiences during the recent financial crisis indicate that both the inflation- and interest rate-led strategies can fail. There is little clarity on what succeeds in which nation. Pablo Guidotti, an Argentinean professor, concluded that the central banks’ strategy “to solely focus on targeting inflation” didn’t work in many countries. An article in the New Zealand Herald concluded that “record low (interest) rates have not been as successful as expected in boosting growth and employment.”
The global crisis has also highlighted the twin mindsets of most finance ministers. On the one hand, they tend to hope and hype about the future. On the other, they expect their central bankers to provide the stimulus to kickstart growth through lower interest rates. Jim Rickards calls the former mindset akin to the ‘rope-the-dope’ technique invented by the legendary boxer, Mohammad Ali, who claimed that he could “move like a butterfly and sting like a bee.”
In ‘rope-the-dope’, Ali “would lean back on the ropes and absorb punishment from his opponent, even pretending to be weakened. Then he would bounce off the ropes, strike back and inflict a powerful combination of painful blows on his opponent”. The beauty about this style was that it worked each time with almost every opponent that Ali faced.
The same is true about finance ministers who, in times of crisis, continue to believe that ‘weak growth’ is “on the ropes”, and the ‘good times’ are around the corner. They continuously project a rise in growth rates in the near future. That’s why they push the central bankers for ‘one more cut in interest rate’ and ‘one more dose of easy liquidity’ which, they feel, will be enough to achieve higher growth rates.
However, events don’t always turn out the finance ministers’ way.
The urge among finance ministers across the world to think positively is the one that forces them to lean heavily on their central bankers. As the article in the New Zealand Herald said, “These days rather than removing the punchbowl, central banks are increasingly expected by their governments to organise the party, spike the drinks and force attendees to partake to excess. Central bankers have become the ones wearing the paper hats and topping up the drinks….”
In a sense, this implies that the central bankers need to initiate concrete ‘on-the-ground’ actions that change the sentiments among investors, even as the finance ministers exaggerate the impact of their policies and promises. This is exactly what Jaitley expects from Rajan. He wants the latter to lower interest rates and ease liquidity so that more money will flow into the system. At the same time, Jaitley will announce new policies that will influence growth after a lag time. Thereby, the finance minister thinks he can start a never-ending growth-investment- development party.
Shooting from the hip
In an increasingly globalised world, where capital flows in and out of a country in nanoseconds, global investors are finicky and acquire a herd mentality. They rush in when they see a potential but rush out at the slightest signs of trouble.
After the 2008 crisis, the same become true of global credit rating agencies, which are quick to downgrade nations. Therefore, finance ministers are under pressure to show results in terms of growth and investments and, at the same time, stick to fiscal discipline. The finance ministers shift the onus on to their central bankers since they need to balance their budgets.
Since Rajan refused to play the growth game, Jaitley did announce in his last Budget that he will increase public spending to start a new investment cycle. But this is fraught with problems, as it can lead to high inflation. Everyone is aware of the politics of inflation which, if it persists for several years, can force the voters to root out existing regimes. Soaring onion prices have spelt trouble for several ruling political parties. So, Jaitley’s first choice is to depend on Rajan’s initiative to cut interest rates.

This is politically a win-win situation for the politicians. One, if the choice is interest rates, rather than public spending, the finance ministers can blame the central bankers if the strategy fails. But if it is successful, the former can easily take credit and gain political mileage. It is the central bankers who are on the back foot. They take the blame if they make the wrong choice or if things don’t work out. They are unable to take the credit for the successes because critics allege that they should have done more.
A recent book by Pierre L Siklos went into the issue of ‘conflicts and conflict resolution’ between the finance ministers and central bankers. “The potential for conflict… suggests that disagreements about objectives, policies, or both, can emerge with far-reaching consequences. Again, statutory arrangements, politics and personalities all play a role in the likelihood of such conflicts surfacing,” said the book. It added that historical examples of such conflicts suggested that they left “a lasting impact on the extent of political pressures applied on central banks.”
Unfortunately, the Jaitley-Rajan spat has all of the above ingredients. More importantly, its path seems to indicate that politics is likely to triumph over politics, i.e. politics is likely to dictate the decisions of the RBI in the near future. The proposed PDMA is an example because it transforms the role of the RBI as the only arbiter to judge on issues of public debt and interest rates. By forming a committee under PDMA, with representatives of the government and rbi, it pins hopes on a consensus approach. Even if Rajan gets a veto right in PDMA, he is likely to exercise it rarely.
Over the next few months, the tensions between Jaitley and Rajan are likely to increase, especially if growth does not manifest itself. In such a scenario, Rajan will have to go and rbi’s powers will be further curtailed.
This would be in keeping with global trends. A recent study by Mark Hallerberg and Joachim Wehner found that left-wing and centrist political parties “appoint central bankers with more economics training” while right-wing ones opt for those with experience in private financial industry.
This is why Rajan, with his experience as a professor and stint at the International Monetary Fund, was appointed by upa-2. While his immediate predecessor Subbarao held several economic portfolios within the government, Reddy rose within the RBI’s ranks. Obviously, Jaitley, who is part of a right-wing political party, wants a RBI governor who is pro-industry and comes from within the private sector. Only one with the latter mindset can serve as his right-hand man.
editor@tehelka.com 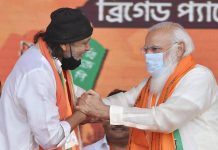