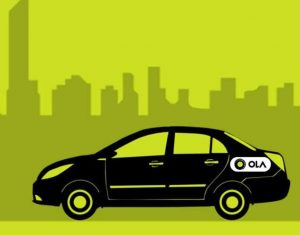 Founded in 2011, Ola serves as many as a billion rides annually in India, Australia and the UK.

To build Ola’s presence locally, Brian Dewil has been appointed as Country Manager for New Zealand.

According to Bhavish Aggarwal, Co-Founder and CEO at Ola, we see a real opportunity in New Zealand to provide a fair alternative in the rideshare space for both customers and drivers.

“We are the rideshare brand that cares and are looking forward to creating high quality transport experiences for both passengers and drivers in New Zealand,” Aggarwal added.

Ola’s launch into New Zealand follows its successful launch in Australia in February 2018 and the UK in August 2018.

“Kiwis have had too little choice when it comes to rideshare. Ola’s arrival will create a compelling experience that puts the quality of rides first. I’m excited to build the local team and business in New Zealand and provide a healthy contribution to the nation’s local mobility infrastructure,” said Brian Dewil, Country Manager NZ at Ola.