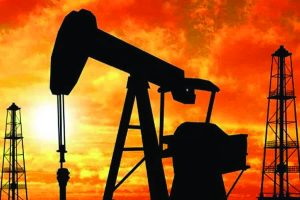 If oil is the lifeblood of the Indian economy, the country may get anaemic very soon. If reports are to be believed, India has completely stopped importing oil from Iran under pressure from the United States. New Delhi is, however, negotiating with Washington to allow it to procure pending shipments for which contracts have already been signed with Iran. India’s decision is in adherence with a directive from the Trump administration, which called for New Delhi to end to all its import of crude and petroleum products from Tehran.

The general public may start feeling the pinch once the Lok Sabha elections are over. After all, India is the second biggest buyer of Iranian oil after China. The country had shipped in about 277,600 barrels per day (bpd) of oil from Tehran in April alone. The figure was about 31.5 percent higher in the previous month. Finding an alternate supplier will not only take time but also impact the cost of imports, which will ultimately hurt the pocket of common people.

The United States, which introduced sanctions in November, had given a six-month waiver to eight nations, including India. It allowed them to import some Iranian oil. India was allowed to buy an average 300,000 bpd of oil during November-April, but actual volumes varied from month to month due to lack of ships after foreign shipping lines backed out of Iranian deals under pressure from US sanctions. In April, Washington asked buyers of Iranian oil, mostly in Asia, to halt purchases or face sanctions.

The approach was rude. India had never bowed to such pressure. This had been true even in case of Iran, which continues to rely on oil sales to run its economy. Tehran has been under sanctions for several years, but India had always found a way to manoeuvre around them. This, however, is the first time that India has completely stopped procuring oil from the country.

The most worrisome part is how India will deal with the existing contracts and orders that were already placed with Iran. The country is scheduled to get two very large crude carriers carrying 4 million barrels of Iranian oil this month – one each at Paradip in the east and Kochi in the west. The two vessels were loaded in April. Will Washington allow it to unload them at Indian ports? The bigger question is: What next?

The government faces the immediate challenge of having to find alternative suppliers to meet its huge energy needs. Even more worrying is the likely negative impact higher oil prices will have on India’s current account deficit, fiscal deficit and inflation in the wider economy.

The current account deficit, which narrowed to 2.5 per cent of GDP in the December quarter thanks to lower oil prices, may get worse. The fiscal deficit, which has been widening in advance of the elections, is also likely to get increasingly out of control. While inflation is relatively benign at the moment, any further acceleration in price gains will tie the hands of the Reserve Bank of India.

If the country is to protect its interests in the ever-volatile global oil market, the government will need to take steps to diversify its supplier base and also work towards increasing domestic sources of energy supplies. 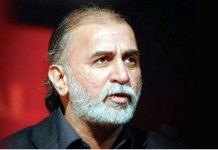