Chief Minister N. Biren Singh on Monday said Manipur has reported 1092 COVID-19 cases, till Saturday, of which 620 are people with travel history to Delhi and Gurugram.

“Manipur has low COVID-19 positive cases in comparison to many other states. Till Saturday, the total number of cases stood at 1092, of which 621 620 are people with travel history to Delhi and Gurugram,” said Mr. Biren, in his first media appearance since the recent Rajya Sabha polls.

“155 cases are Mumbai returnees and 131 are Chennai returnees. 432 patents have been recovered and thereby discharged. There are 660 active cases. The recovery rate stands at 39.56 %.”

The state government has extended the statewide lockdown by another two weeks starting from July 1 in view of the prevailing situation of COVID-19 outbreak.

“There is no community transmission in the state and the rising number of cases are due to an increasing number of returnees as well as the increased testing capacity,” the chief minister said, adding that the government has also decided to operate the inter-district bus services from July 1.

Mr. Biren said: “The inter-district bus services will start its operation by strictly adhering to Standard Operating Procedure (SOPs) and guidelines issued by the authorities. Other forms of public transport will not be allowed as of now.”

Around 50, 000 tests have already been conducted in the state, Mr. Biren said, and the positivity rate is only 2.31 percent, which is low in comparison to the national average. The recovery rate is 33.52 per cent in the state. 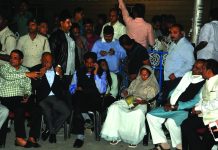 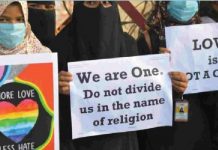