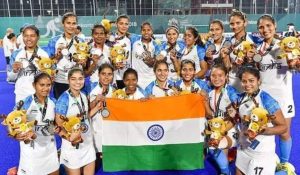 Odisha Chief Minister Naveen Patnaik on Saturday, announced Rs 1 crore cash reward each for four hockey players from the State, who played in Indian women’s team that clinched silver for the country in Asian Games 2018.

The coach will get an award equivalent to twenty percent of the rewards of the Asian Games medal winners, said an official statement.

CM Naveen Patnaik took to his twitter account and congratulated the team for winning the silver medal. “Well played, Team India!Congratulate our Women’s Hockey Team on ending theircampaign with a Silver, 20 years after India played the last # AsianGames final. Proud of what you have all achieved and best wishes for future”, tweeted Patnaik.

After a gap of twenty years, the women’s team played in the final of the Asian Games.

Odisha is the sponsor of the Indian National Hockey team. The State has always promoted hockey and will soon host the World Men’s Hockey Cup. 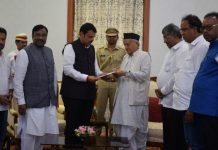