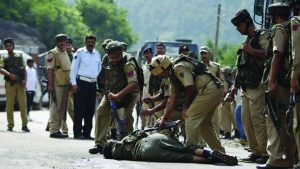 A hundred more militants have since been killed but the militancy in the Valley shows little signs of falling apart. On the contrary, the continuing replenishment through local recruitment and the infiltration has turned militancy into a perpetual reality. Not that the militancy hasn’t been reigned in occasionally but that has been due largely to the factors other than an exclusively militaristic approach. The latter, on the contrary, has invariably been counterproductive as the deterioration in the situation over the past four and a half years of the BJP-led government has proved yet again.

According to a security estimate, from a little over 15 militants in 2014, some of them foreigners, South Kashmir saw more than 100 local youth join the militancy following the advent of the Hizbul Mujahideen commander Burhan Wani on the scene. One important factor in this transformation was Wani’s radically unorthodox approach to militancy whereby he jettisoned the anonymity associated with a militant’s life by appearing on social media with his face uncovered. This glamorized the militancy and evacuated it of its inherent dangers and messiness. In fact, a social media picture of Wani surrounded by eleven of his defiant gun-wielding colleagues in 2015 was instrumental in capturing the imagination of new Kashmiri generation and draw many of them towards militancy. All the militants in the picture other than the one who surrendered have since been killed in encounters.

Three years on, the picture’s powerful appeal remains undiminished. It has now taken on a symbolic dimension as the defining image of Kashmir’s new age militancy. Militancy ever since has only grown from strength to strength. Rising number of killings have led to corresponding replenishment. The takeaway from this reality is that the violence will go on as it has over the past three decades and may go on in the near future too.

Though aware of the resilience of the militancy, senior security officials reason there is no option but to continue their counter-insurgency campaign. “There are structural factors that sustain the militancy in the state. But our job is to keep the number of militants in check and also try and wipe out the gun in the society,” said a senior police officer. “Our efforts have helped reign in the militancy and kept it from growing and expanding”.

Army Chief General Bipin Rawat also referred to this strategy during his recent interaction with a group of reporters in New Delhi on the sidelines of an event. He said there were plans to eliminate the top leadership of the militants and that the security forces were killing them “one by one”.

In November alone, nine top commanders were killed including Naveed Jatt, the Lashkar commander who had fled from jail last year. All efforts of the security forces are now geared to track down the four most prominent commanders — Hizbul Mujahideen’s operational commander, Riyaz Naikoo, Al Badr commander, Zeenat-ul Islam, Lateef Tiger and Zakir Musa, the chief of Ansar-ul-Gazwat-ul-Hind.

But if the recent interview of Naikoo to Al Jazeera is anything to go by, the militants remain unfazed. “We want to let them know that we might die in the struggle, but we will never surrender,” Naikoo said. For security agencies, however, the spurt in militant killings reflects the growing success of security forces in tracking down militants, a turn of events that is seen as the direct result of the recent troop concentration in South Kashmir and elsewhere, and improvement in human and technical intelligence gathering.

Security experts believe that at the current rate of killings the next few months will see a substantial decrease in the militant number which in turn will make a redeeming difference to the security situation in the state. “We hope to maintain the pressure and reduce the presence of militants by a sizable number,” said a police officer. “This should ease up the current fragile situation and hopefully put the Valley on the road to peace sooner than later”.

However, this linear outlook runs up against the history of the past many years. A drastic reduction in the number of militants has hardly lessened the challenge of militancy. On the contrary, a constant replenishment has kept it alive and kicking.

And that too, when the Valley had no more than hundred militants (2012-13) and South Kashmir which now boasts of around 110 militants had just a dozen of them.

Going forward there is little hope that this state of affairs will change for the better. As the BJP may have learnt to its detriment, the militancy in Kashmir is so deeply rooted in the public sentiment and structurally so entrenched that it cannot be completely dislodged even by an all-out military operation. Local recruitment and infiltration ensure that the depleted number is easily recompensed. Or in case of depletion in numbers of the one component, another fills in the vacuum: that is, if local recruitment is down, infiltration compensates for it and the vice versa.

This was the case through 2004 to 2013 when local recruitment had reduced to a trickle and the foreign militants stepped in to keep the jihad alive. Incidentally also, this steady decline in jihad had accompanied the then ongoing peace process between India and Pakistan which according to the leaders helming it was close to a breakthrough on Kashmir in line with the then Pakistan president Pervez Musharraf’s four-point formula.

If anything, this long history shows the resilience of the militancy in the state. It can count on a steady stream of local and foreign recruits to keep going despite the killings. What is more, a little over hundred militants are sufficient to keep the pot simmering in Kashmir. “This is the reality of Kashmir,” says Naseer Ahmad, the author of Kashmir Pending. “And this can only be addressed if the long-standing political issues underpinning the militancy are addressed”. 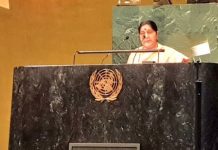 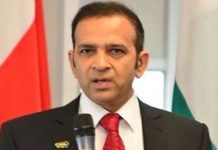